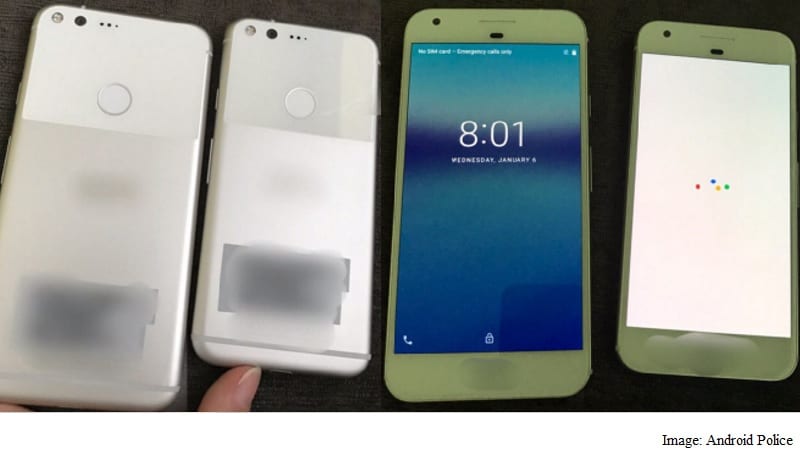 Google on Monday confirmed it is launching new smartphones at an October 4 event, expected to be the much-leaked Pixel smartphones. The company has also started sending invites for the event, to be held at 9am local time in San Francisco. Now, just like every other major smartphone launch, the rendered images of the alleged Pixel and Pixel XL phones have surfaced on the Internet ahead of the launch, alongside other information.

Leaked images of the anticipated Google Pixel smartphones have been shared by Android Police, showcasing the fingerprint scanner at the back as well as similar camera panel and design as suggested by the images of the TPU cases for the smartphones that leaked earlier. Even the front panel of both Pixel and Pixel XL smartphones can be seen in the leaked images.

Interestingly, a commercial by Alphabet subsidiary Nest for the Netherlands, spotted by Android Police, showcased a smartphone that looks identical to the leaked images of the Pixel smartphone. Even though there is no confirmation and the model used in the advertisement might as well be a dummy, it certainly looks similar to the upcoming smartphone and has aluminium at the bottom and glass at the top.

In another rumour circulated by Android Police, the starting price of the Pixel smartphone has been leaked. The rumour suggests that the pricing for the 5-inch model of Pixel smartphone will start from $649 (roughly Rs. 43,500). Even though site says that the source of the rumour is a trusted one, due to lack of other sources on the subject and absence of primary material, it should be taken with an additional grain of salt.

An earlier report suggested that the rumoured 5-inch Pixel smartphone, which was earlier codenamed ‘Sailfish’ will be launched at $449 (roughly Rs. 30,000).

In order to provide some sort of compensation for higher price tag, the report suggests that Google might make financing options available for the users.

To recall, Gadgets 360 earlier this year reported Google will be dropping the ‘Nexus’ branding and will launch the new smartphones under its own brand. The upcoming smartphones are further expected to be launched with Android 7.1 Nougat.