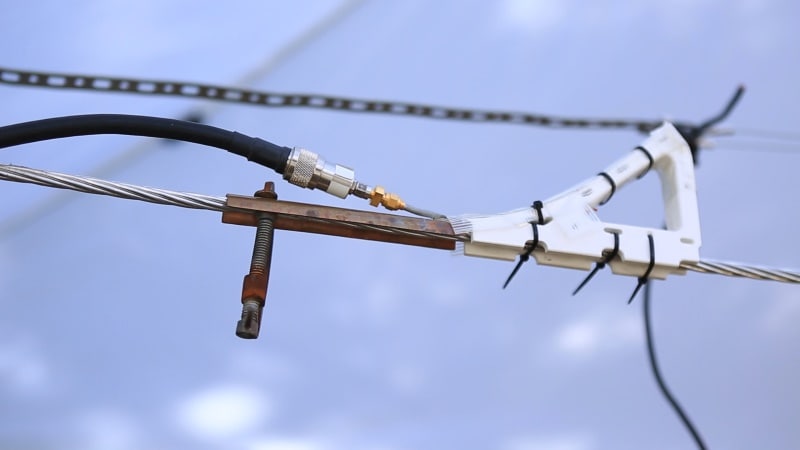 AT&T says it plans to start testing a technology next year that could ultimately blanket the country in ultra-fast wireless Internet – without the need for expensive cell towers.

The project, known as AirGig, promises speeds that are many hundreds of times faster than what consumers currently get with their mobile data connections. And it stands to be a lot cheaper to deploy, because AT&T’s new solution piggybacks on infrastructure that’s decades old: Electricity lines.

AirGig doesn’t transmit Internet signals through the power cables themselves. But by placing small, inexpensive antennas on top of utility poles, AT&T can create a string of access points. This new kind of Internet “cable” follows the path of the electricity lines as they wind their way through dense urban areas and hard-to-reach rural regions alike.

Building out Internet networks today is pricey. It often involves digging up streets to lay down cabling, or stringing the wires along utility poles. But as we’ve written before, advances in wireless technology are making it possible to do with airwaves what you could previously only accomplish with expensive fiber optic lines.

To make AirGig a reality, AT&T would still need to make deals with utility companies to let the wireless carrier install its antennas on their poles. But AT&T seems confident utilities would find the technology attractive, too. It says the AirGig antennas may make their power networks smarter, giving utility operators more information about the health of their infrastructure and alerting them to problems like downed lines or fallen trees.