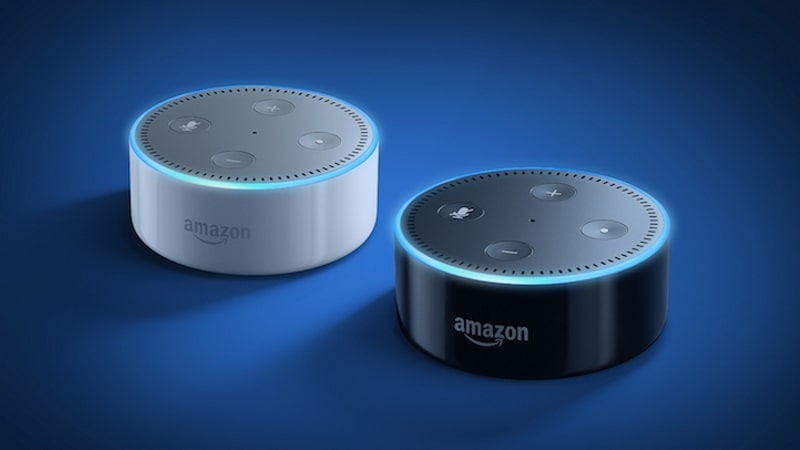 Amazon announced on Wednesday that its voice-controlled speaker Echo will be released in UK and Germany this fall and a new white model will be launched in the US. Interestingly, Amazon didn’t stop with the announcements there and also launched a new version of Echo Dot, shaped like a hockey puck like its predecessor, at just $49.99 (roughly Rs. 3,350).

The first version of Echo Dot was launched by Amazon in March this year and was available for $90 (roughly Rs. 6,000). Just like the first version, the new Echo Dot is also controlled by voice controlled assistant Alexa. The new version allows also users to connect it to larger speakers.

Amazon has not detailed just why the new Echo Dot is cheaper. It in fact bears some improvements over its predecessor, including an improved speech processor for better voice recognition. Amazon has also introduced Echo Spatial Perception (ESP), which will ensure users with multiple Echo Dot devices will be served by the one closest to them.

Regarding improvements to Alexa, Amazon said in its release, “Since Alexa runs in the cloud, she is always getting smarter-plus, it is simple and free for developers to build Alexa skills and integrate Alexa into their own products. In the US, there are already over 3,000 skills available for Alexa.”

The voice-controlled speakers are always ready to take commands from the users and can answer questions, read news, or even play music.

Amazon further announced that there will be thousands of Alexa skills available for UK customers at launch including skills from Spotify, Uber, Philips Hue, Hive, Just Eat, National Rail Enquiries, and more.

“Millions across the US have already fallen in love with Alexa. And, predictably, she’s even more likeable with a British accent,” Amazon’s Founder and CEO Jeff Bezos was quoted as saying in the release regarding the UK launch of the voice-controlled assistant.

Recently, Amazon.com also unveiled a cheaper, voice-assisted version of its Fire tablet, Fire HD 8, at at a price of $89 (roughly Rs. 6,000).