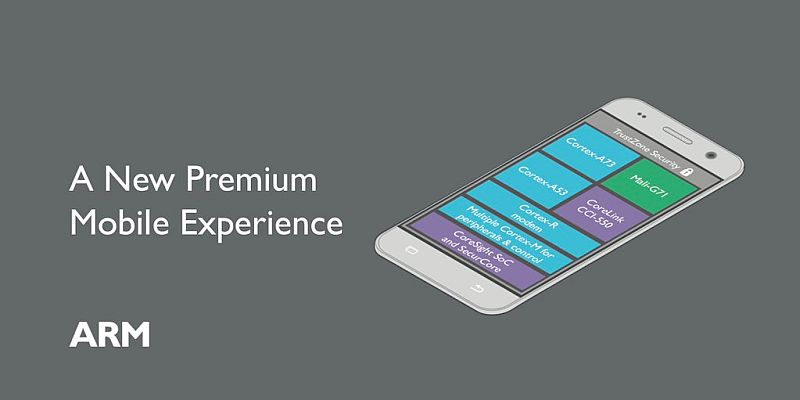 ARM Holdings, one of the biggest designers of mobile chips in the world, on Tuesday unveiled its latest premium CPU and GPU for mobile devices. The new ARM Cortex-A73 processor and the ARM Mali-G71 graphics processor are expected to be used on flagship mobile devices in 2017. The Cortex-A73 and Mali-G71 designs have been optimised for the 10nm FinFET process technology.

ARM says that it expects its partners to start producing the new ARM Cortex-A73 processor and the ARM Mali-G71 graphics processor by end of 2016 and be used in devices in 2017.

The Mali-G71 graphics processor unit (GPU) is said to increase graphics performance by up to 50 percent, power-efficiency by up to 20 percent, and support up to 40 percent more performance per mm. The company also says that Mali-G71 was developed taking into account the advanced use cases for high end experiences such as virtual reality (VR), augmented reality (AR) and 3D gaming as well as APIs such as Vulkan and OpenCL 2.0.

ARM claims that the new Mali-G71 can scale efficiently twice as many as the previous generation premium GPU – the Mali-T880. The company adds that the new Mali-G71 is suited to power immersive VR and AR experiences on mobile devices. It adds that silicon providers such as HiSilicon, MediaTek and Samsung Electronics have already taken licenses. ARM adds that Bifrost, the third-generation ARM GPU architecture, is the foundation of the Mali-G71.

Commenting on the launch, Pete Hutton, Executive Vice President and President, Product Groups, ARM said, “The smartphone is the world’s most ubiquitous compute device, offering experiences that improve with each new product generation. In 2017, we will see devices with the Cortex-A73 and Mali-G71 processors that stand out thanks to their impressive and sustained performance, and even more stunning visuals. This technology can make engaging with 4K video, virtual reality and augmented reality an everyday experience on a mobile device.”