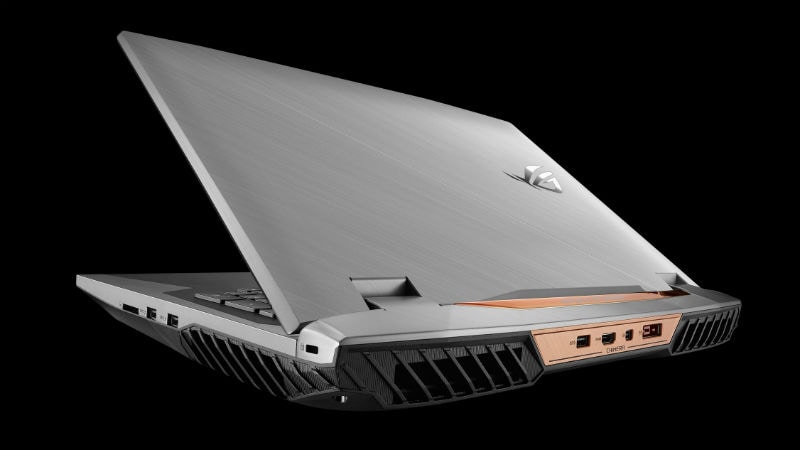 The Asus ROG G703 is the top-end model in the new range, sporting a 17.3-inch FHD IPS-level display with a 144Hz refresh rate, Nvidia G-SYNC technology, and anti-glare coating. The new Coffee Lake-H generation Intel Core i9 processor includes a whopping single-core Turbo Boost of up to 4.8GHz over the 3.9GHz Turbo Boost support on the previously launched Kaby Lake CPU. Intel has provided a new ‘Thermal Velocity Boost’ feature that helps elevate Turbo Boost. Also, the new processor is coupled with Nvidia GeForce GTX 1080 graphics and supports HyperDrive Extreme storage at speeds of up to 8700MBps, which is touted to be the fastest ever in any laptop.

The ROG Zephyrus M, on the other hand, is the world’s slimmest gaming laptop powered by eighth-generation Intel Core processor and NVIDIA GeForce GTX 1070 graphics. This machine has an IPS-level display with 144Hz refresh rate and ultra-responsive 3ms gray-to-gray (GTG) response time. Additionally, there is patented ROG Active Aerodynamic System (AAS) and 12-volt anti-dust fans alongside an exclusive software to enable switching between different GPU modes.

Contrary to the ROG Zephyrus M, the Asus ROG Huracan is powered by an eighth-generation Intel Core i7 processor and Nvidia GeForce GTX 1080 graphics. There is a magnetically-secured side cover that can be opened to increase airflow to enhance CPU and GPU cooling. Asus has also provided a 2.5-inch hot-swap bay for an SSD, and the notebook comes with a slide-open chassis design. There is also an ESS Sabre DAC and amplifier on the front audio jack.

The ROG Strix SCAR Edition is powered by the latest eighth-generation Core i7 processor and has an Nvidia GeForce 10-Series graphics. The laptop features an IPS-level display with a 144Hz refresh rate, 3ms response time, and Nvidia G-SYNC technology. There is also a desktop-style keyboard with Asus’ Aura Sync, N-key rollover, and fast-actuating keys.

To deliver a competitive edge in Multiplayer Online Battle Arena (MOBA) games, Asus has brought the ROG Strix Hero Edition that is powered by an eighth-generation Core i7 processor and Nvidia GeForce 10-series graphics. It features a 120Hz display with wide-viewing technology and a 130-percent sRGB colour gamut. For e-sports gaming, Asus has the ROG Strix GL503 that comes with a patented Anti-Dust Cooling (ADC) system that is claimed to expel dust particles and direct from the system.

Besides, Asus has brought the ROG Strix GL12 that is powered by an eighth-generation Intel Core i7 processor, coupled with Nvidia GeForce GTX 1070 graphics. The gaming desktop has an e-sports-ready, hot-swap bay for a 2.5-inch SSD that allows gamers to remove and replace the drive without having to shut down the system.