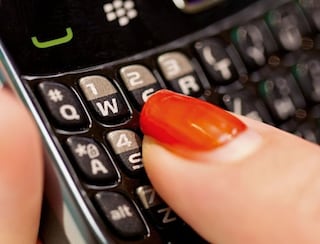 BlackBerry last week made an announcement that its smartphones will now be manufactured and sold by TCL Communication (TCT). One week after the BlackBerry-TCL partnership news, TCL has now said that it will launch new BlackBerry smartphones at the CES 2017 trade show. However, there are no details regarding the new devices, but one of them could bring the BlackBerry’s signature physical QWERTY keyboard.

TCL Communication said the CES presentation will “include a first look at how the BlackBerry brand legacy will live on in a new generation of smartphones.” It’s evident BlackBerry is betting on the new partnership with China’s TCL to compete with the likes of Apple and Samsung. To recall, BlackBerry in September made a bold announcement that it’s quitting the mobile manufacturing business, and would solely focus on its software unit. The company recently launched the Android-powered DTEK60, which was manufactured under an agreement with TCL Communication.

Steve Cistulli, President and General Manager for TCL Communication (TCT), North America commented, “We’ll unveil more news at CES around our plans, showcasing the legacy of the BlackBerry smartphone brand, while also giving a glimpse into what new BlackBerry smartphones will offer as part of our bold new brand portfolio within TCT. These are just the building blocks of our new growth strategy, with additional announcements to come in 2017.”

The new TCL-made BlackBerry QWERTY device is expected to be the rumoured BlackBerry Mercury, whose specifications were leaked online with images earlier this month. The rumoured BlackBerry Mercury is touted to have a fingerprint sensor integrated into the space bar. It is also expected to be powered by the Snapdragon 625 CPU, and house a 4.5-inch display. The smartphone has been spotted on GeekBench as well, and the leak hints at 3GB of RAM, 32GB of inbuilt storage, a 3400mAh battery, an 18-megapixel rear camera, and an 8-megapixel front-facing camera. It is said to run Android 7.0 Nougat with BlackBerry’s own customisations for security.

At this point, we are uncertain on when this device will be unveiled and what name it will commercially bear, but they are expected to hit the US first. Notably, BlackBerry’s partnership with TCL does not allow it to sell its new mobile devices in India, Sri Lanka, Nepal, Bangladesh and Indonesia, some of BlackBerry’s biggest handset markets.