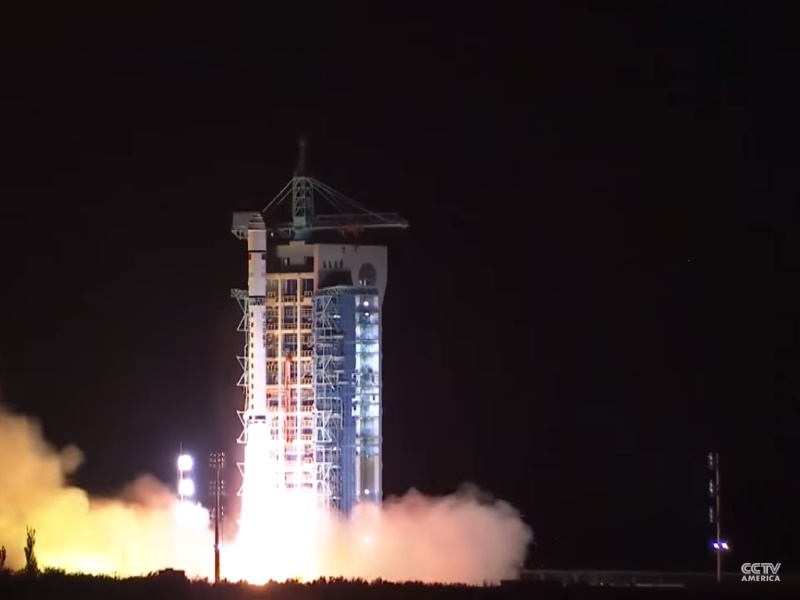 China’s launch of the first quantum satellite Tuesday will push forward efforts to develop the ability to send communications that can’t be penetrated by hackers, experts said.

The satellite launched into space from the Jiuquan launch base in northwestern China’s Gobi desert will allow Chinese researchers to transmit test messages between Beijing and northwestern China as well as other locations around the world.

If the tests are successful, China will take a major step toward building a worldwide network that can send messages that can’t be wiretapped or cracked through conventional methods.

“It moves the challenge for an eavesdropper to a different domain,” said Alexander Ling, principal investigator at the Centre for Quantum Technologies in Singapore. “Lots of people around the world think having secure communications at a quantum level is important. The Europeans, the Americans had the lead, but now the Chinese are showing the way forward.”

Quantum communications use subatomic particles to securely communicate between two points. A hacker trying to crack the message changes its form in a way that would alert the sender and cause the message to be altered or deleted.

Researchers around the world have successfully sent quantum messages by land. But a true satellite-based network would make it possible to send quickly encrypted messages in an instant around the world and open the door to other possible uses of the technology.

Cyber-security has been a major focus in recent years for China, which has pushed regulations aimed at limiting technology imported from the US in the wake of Edward Snowden’s revelations of widespread surveillance by the US through the use of American hardware.

China has in turn been repeatedly accused by the US of hacking into computer systems to steal commercial secrets and information that could harm American national security. China has rejected claims that it runs a state-sponsored hacking program and says that it is among the leading victims ofcybercrime.

Quantum messaging could become a major defense against hackers and have applications ranging from military and government communications to online shopping.

The biggest challenge, Ling said, is being able to orient the satellite with pinpoint accuracy to a location on Earth where it can send and receive data without being affected by any disturbances in Earth’s atmosphere. The results of China’s tests will be closely watched by other research teams, he said.

“It’s very difficult to point the satellite accurately,” Ling said. “You’re trying to send a beam of light from a satellite that’s 500 kilometers (310 miles) above you.”

Hoi Fung Chau, a professor and quantum communications researcher at Hong Kong University, said that it was too soon to say if the tests will succeed, but added he expected quantum messages by satellite to become the global standard eventually.

“The theory is already there, the technology is almost there,” he said. “It’s just a matter of time.”

The launch is a major triumph for China, which has spent years researching quantum technology and developing the satellite and other uses for it. China has previously announced the construction of a quantum link between Beijing and Shanghai that would be used by government agencies and banks.

Pan Jianwei, chief scientist on the satellite project, was quoted by the official Xinhua News Agency as saying the launch proved China was no longer a follower in information technology, but “one of the leaders guiding future IT achievements.”