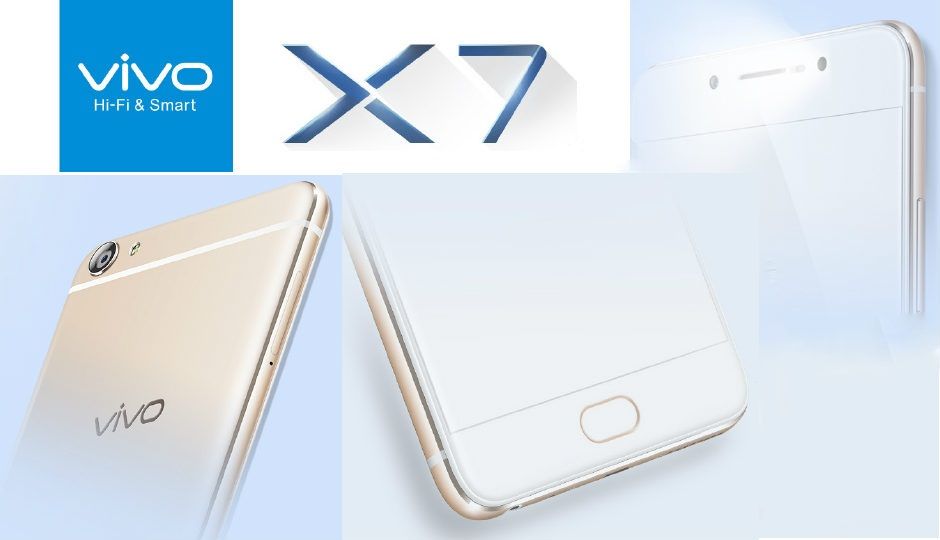 Vivo is reportedly gearing up to launch a new smartphone, the Vivo X7, in China. The smartphone was teased earlier today by the company, showcasing a front-facing camera with flash, and a fingerprint scanner. From the teased partial images of the phone, it looks similar to the Oppo F1 Plus. Vivo has not announced any details regarding the launch date of the phone, or whether it will be available in its international markets.

Rumours surrounding the device suggest that it is likely to feature a 5.2-inch display with 1920×1080-pixel screen resolution. It may be powered by a MediaTek Helio X25 SoC, which has only been spotted on just one device so far, the Meizu Pro 6. Furthermore, the Vivo X7 is expected to be introduced in two variants, with 4GB and 6GB of RAM respectively accompanied by 64GB and 128GB of storage. Prices for the device are expected to start from CNY 2698 (Rs. 27,550 approximately).

This, though, is not the first smartphone from Vivo to feature 6GB of RAM. The company launched the Vivo X5 Elite earlier in March 2016, with 6GB of RAM and Qualcomm Snapdragon 820 SoC. Earlier this week, OnePlus launched the OnePlus 3 with 6GB of RAM and Snapdragon 820. If these seem overkill, LeEco has already been rumoured to pack up to 8GB of RAM in its next flagship, rivaling the amount of memory made available on most present-generation laptops!