ducation in Indian offers huge business potential for the private sector in view of the persisting gap between demand and supply. It is borne out by the increasing share of private schools in the country between 2009 and 2015, says a report by the ratings agency, India Ratings and Research (Ind-Ra), released on Tuesday.

“In FY15, the percentage share of government and private schools out of the total schools in India were 77% and 23%, respectively, compared with 81% and 19% in FY09,” says the report. 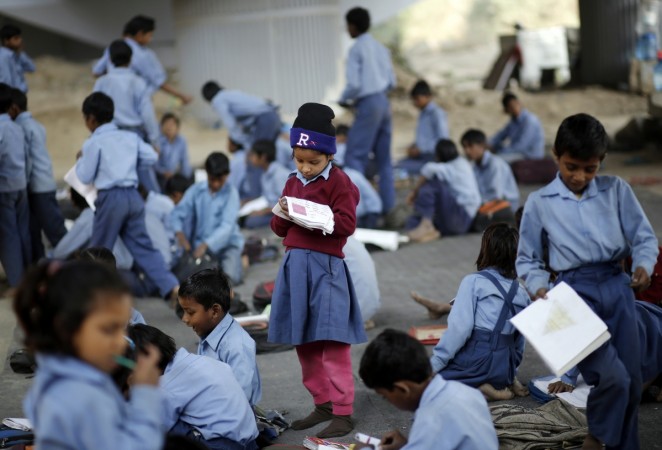 The trend is equally strong in rural India, where the share of enrolments in private schools of children in the age group of six to 14 years climbed to 30.8 percent in 2014 from 18.7 percent in 2006, it added.

India had 14.25 lakh schools and about 37,000 colleges at the end of 2013-14, according to provisional data presented by the union ministry of human resources development (MHRD) in a December 2014 presentation.

Gross enrolment ratio (GER) gradually dropped as children moved from primary education to higher education, according to provisional data for 2013-14 published in the presentation titled “Educational Statistics at a glance”. The GER falls from 99.3 at primary level (Class I to V) to 19.8 at the higher education level.

GER is a statistical measure to determine the number of children enrolled as compared to the eligible population.

Ind-Ra says student-teacher ratio has not kept pace with the increase in student population in India, raising questions of quality.

“The rapid expansion of education sector in India however is accompanied by a high student-teacher ratio in both the school and higher education segments. This indicates that the supply of teachers is not keeping pace with the rise in student strength. Besides the quantity, there is a problem of qualified and skilled faculty.”

The implementation of the proposals of the 7th Central Pay Commission, which entails an outgo of about Rs. 1.02 lakh crore this fiscal for the Central government, will delay fee reimbursements to private schools, straining their finances.