The charge of arson is a serious one – with first degree arson being given a life sentence in prison. However, with cases involving arson, most of the evidence tends to be circumstantial, like testimony from witnesses, motive, and other circumstantial ‘facts’ being pieced together to form a case. Finding physical evidence for a case of arson can become increasingly difficult, especially because the evidence tends to get destroyed in a fire, leaving nothing but guesses and circumstantial evidence in its place. 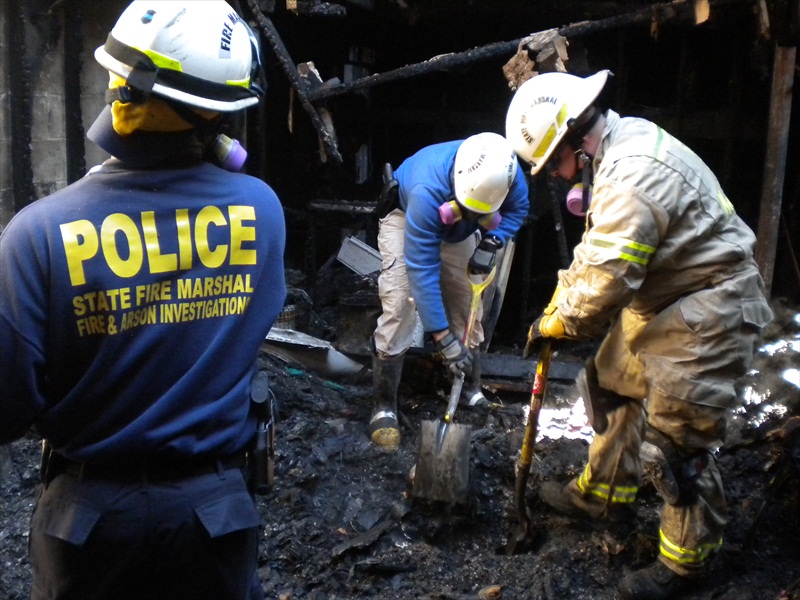 The role that evidence plays in an arson case, thus, becomes major – especially if the evidence can be proven to be true in court. For example, using dogs to sniff out accelerant or petroleum-based products, like gasoline or kerosene. Dogs, thus, are used to locate the area where the fire began, and can locate areas of interest. One reason that dogs are used is because dos are able to locate a specific scent much more efficiently than a machine can, and dogs are easily trained to locate the source of a specific scent. Once an area is secured, forensic scientists can use high-grade equipment to extract small pieces of evidence, which can make or break a case.

Other physical cues that can suggest arson as a cause include burn patterns, accelerants (like lighter fluid), evidence of forced entry, and missing items of personal property. However, for vehicular fires, the presence of an accelerant may not always be useful to the case. Most cars run on gasoline or fuel, so it is not unusual for people to carry gasoline in the car. For house fires, though, any sign of an accelerant being used must be taken into consideration. For example, using gasoline when burning a carpet, or other combustible material, leave obvious burn patterns and these should be studied.
Thus, evidence handling becomes very important. This involves using proper sampling and storage techniques to make sure that the evidence doesn’t get contaminated. Any material that may contain a flammable liquid loses some of the accelerant if it is exposed to weather, because the accelerant will simply evaporate. Thus, it is important to properly seal and store the evidence, and to use proper testing methods to make sure that the evidence can be submitted to the court for consideration. With the right evidence, it can be proven whether the arson was intentional or not, which can result in a person’s life being changed for the better or for the worse.

Origin and Cause is one of Canada’s largest consulting forensic engineering and fire investigation firms, and strives to providing evidence and forensic expertise to those who need it. With a team of highly trained and professional forensic scientists, Origin and Cause works hard towards providing the truth, and provides evidence that is tried and tested in laboratory conditions. Using a professional team and high-grade equipment, Origin and Cause, thus, provides the truth, and is committed to the facts and provides factual evidence that can be used in a courtroom session, to ensure that justice is carried out to the fullest.