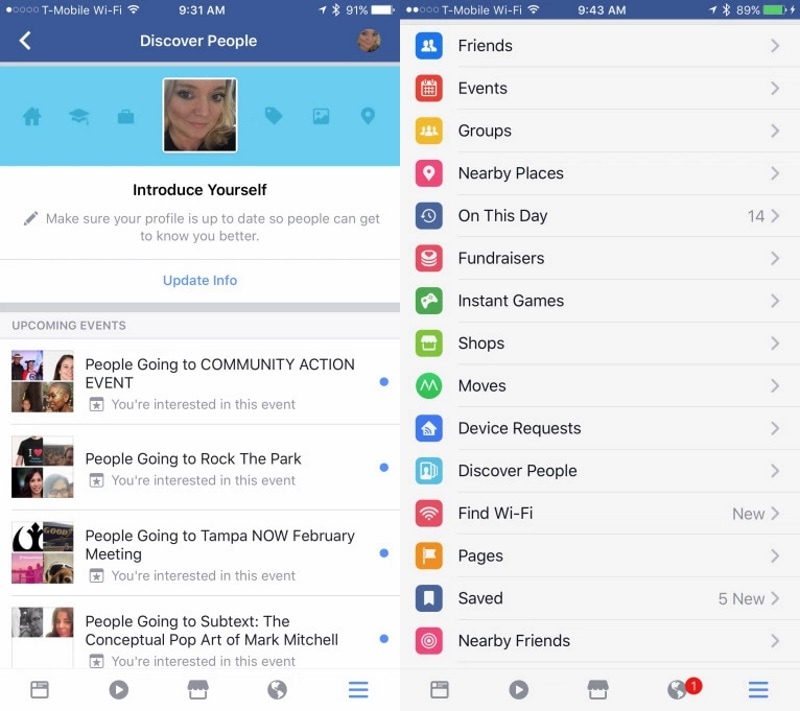 Facebook has started rolling out a new feature dubbed Discover People that will essentially try to connect you with those working at the same company, or are interested in the same event.

The feature will require users to update their profile before diving into a list of upcoming events to see who are likely to attend with focus on people who share the same city or employer. One of the biggest things about the new Discover People is it strictly recommends Facebook users who you are not friends with.

TechCrunch reports that the new Discover People feature could be used by the company to introduce business networking or even for dating aspects to the social network. The report says that the feature has started rolling out to users on Android and iOS but is yet to be rolled out to all users.

The report further adds that the new Discover People feature will be available under navigation section below options such as Friends, Events, Groups, and Nearby Places among other. It points that the section is regularly used by Facebook for testing various features. Last year, Facebook tested a feature on its app that pointed nearest free Wi-Fi on a map and it was listed under the navigation section. The feature was reportedly available to a very small number of mobile app users.

In the Discover People section, users are shown a list of events for which they’ve shown interest, been invited, or plan to attend. Here, users are shown a list of events with the headings “People going to [Event Name]”, and tapping on these shows profiles of people instead of showing the event details. Users will be also allowed to scroll though already elapsed events which are also listed in the section.

The report points out that “none of the sections will show you the profiles of those you’ve already friended on Facebook” further stressing that the feature is intended to find new friends on the social platform. Facebook has confirmed that the profiles will only show public information in the Discover People section.

A Facebook spokesperson told TechCrunch, “Too often, it’s hard to learn more about people around you, whether it is upon starting a new job, joining a new group, deciding if you want to attend an event, or moving to a new place. To make it easier, we’re starting to roll out a new bookmark in the More menu called ‘Discover People’ that can help you discover more about people you have things in common with by browsing through profile cards of people in your community.”