Home
News
Forensic Arson Investigation – How Do Investigators Determine Where a Fire Started?

The burn pattern in particular provides the most details about the arson as it shows that the most burnt parts are the areas that the fire was strongest in. This means that the most burnt areas will be around the origin point of the fire. While fires usually spread in either direction on the sides, if there are obstructions like walls or staircases, the fire will change direction. Depending on what the building’s structure is like, the fire may follow different patterns in its course. The best way to find the origin point through the pattern of the fire is by finding a ‘V’ shape and tracing the arms of the V to its midpoint. In the case that the fire was started by an explosive device, investigators will look for a crater or hole left by the explosion. 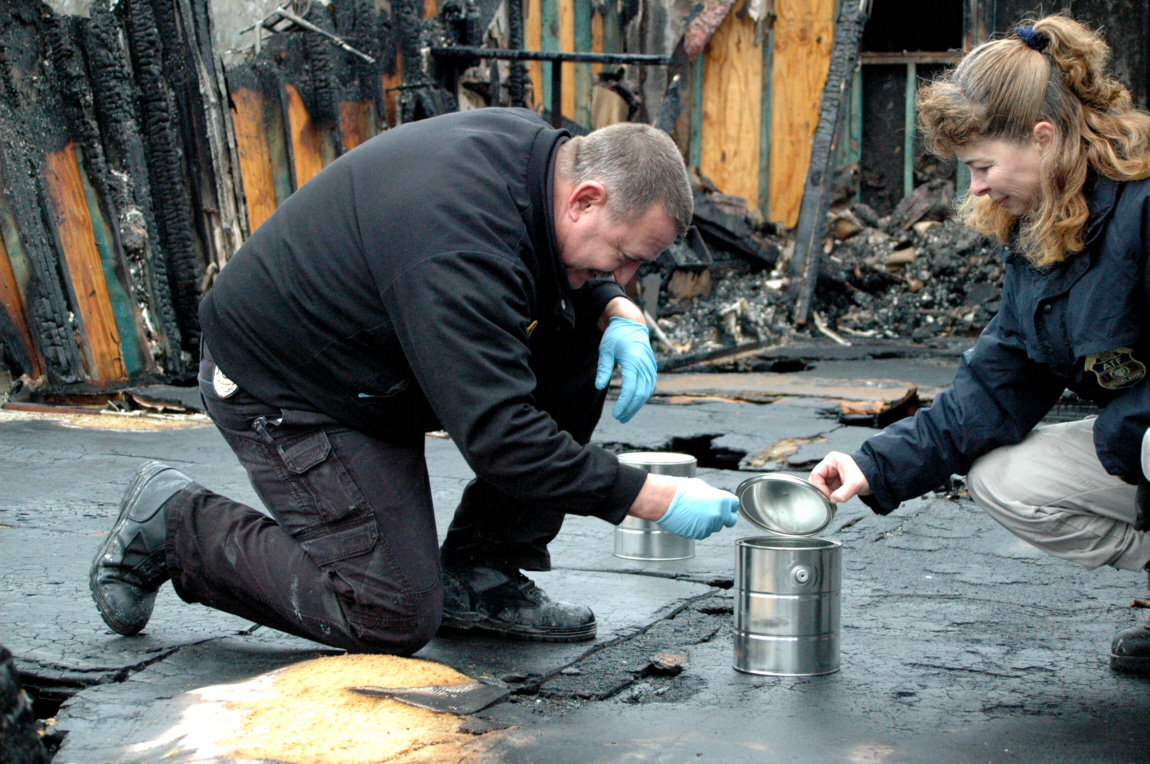 Another way to trace the origin of the fire is by observing the effect it has had on furniture, objects, and other structures in the buildings. Identifying the hottest place will reveal the starting point. For this, it is necessary to know basic things such as the temperature at which steel beams start to bend and that glass melts at 1500 degrees Fahrenheit. Additionally, other surfaces like floors, walls, and ceilings will show signs of high heat such as flaking. Following this pattern until the area of most damage will lead to the point of origin of the fire.

If the fire was started by a liquid, it could be harder to trace the starting point as these substances tend to spread faster and in some cases, just evaporate and vanish. However, while there may be large areas that show even damage, the point of origin will always have the maximum damage as a larger amount of the liquid or fuel would have been spilt here.

The one case in which the origin point cannot be found is when volatile gases such as methane are used. In such cases, the entire container or area in which the gas is will explode, leaving no trace of one particular igniting point.

In these situations, a possible way to identify the trajectory of the explosion or fire would be to observe the behaviour of different smoke detectors in the building, if they are present. Depending on when each alarm went off, you may be able to understand where the arson started.

But, bear in mind that most of this work is done by an arson professional or a crime scene investigator. If you are unable to find anyone at short notice and you are fearful of losing evidence, the best thing to do would be to carefully document everything without moving anything. This will let the investigators carry out their protocols when they do arrive on the scene, but they will also have your documentation to help them figure out the cause of the fire.