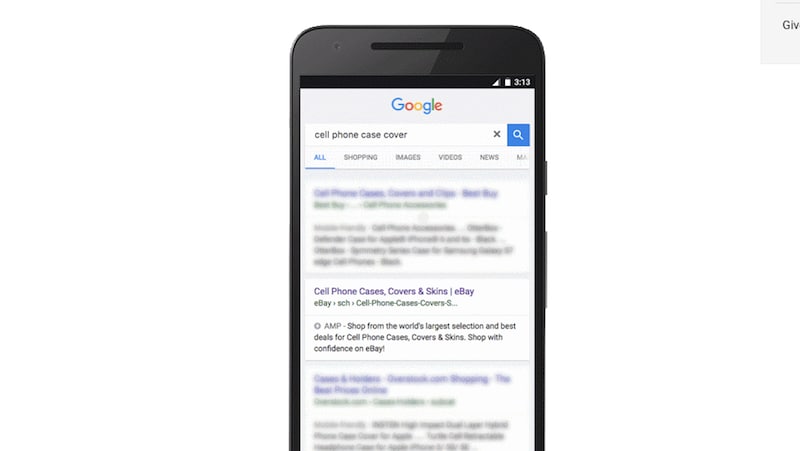 Google in February introduced its Accelerated Mobile Pages (AMP) project to reduce load time for mobile webpages. If you’ve noticed some stories with a small ‘lightning’ symbol on it, it means those pages open within a second. Initially, the AMP initiative was limited to only ‘Top Stories’. In August, Google announced that the initiative would make its way to all of Google’s search results.

Google is now rolling out AMP optimised pages for all supported results (including non-news) to users around the world. Google AMP is designed to improve mobile user experience, reducing load times by creating stripped down versions of webpages. Doing so not only saves time and battery life but also cuts data by 10 times.

The rollout doesn’t change the search result, but only shows which sites have pages that can load ‘lightning’ fast. In a blog post by Google Inside Search, the company claims to “have over 600 million AMP documents created by sites such as eBay, Reddit, Shopify, WikiHow, and many more.”

Google has also stressed that the Search engine doesn’t rank pages based on AMP support but adds that mobile users are more likely to click on the AMP link than a non-AMP one. Google’s ranking system does prioritise small load times and page speed, however, Google VP of Engineering David Besbris explained that if there are two identical pages – one mobile friendly and the other AMP-powered – it will show the AMP one.

The announcement on Tuesday is more of a signal to Web developers to ‘AMP’ up their content so that they can hop on to the lightning fast bandwagon.