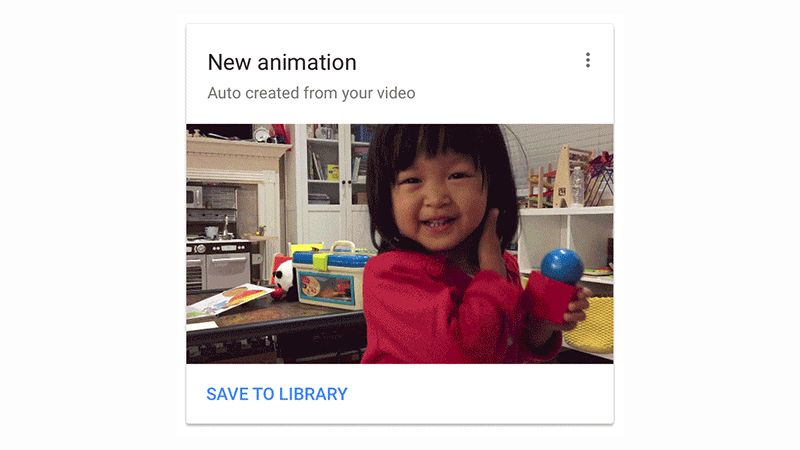 Google’s Photos app already had features that allowed it to automatically create albums alongside making concept-based movies out of pictures taken. Now, the Photos app is receiving significant update that allows it to create shareable animations from the videos apart from other features. Google says all new features of the Photos app are available now on Android, iOS and the Web.

Users can upload images or videos to Photos app on Android and iOS, as well as from desktop that will be made into shareable animations that will include interesting segments. With the update, Google Photos will also automatically put the images right side up when it finds images in collection that are sideways. It’s no secret that Google has become increasingly focused on making its Photos service better and more competitive.

Google says that the new features don’t require the user to do anything manually as it is done through machine learning in Google Photos. When Google Photos is ready with the new animations or with a new collection of favourite images, it will start showing Cards under the Assistant tab of Google Photos.

Trying to make the Photos app more appealing to users, Google will create a photographic memory that will include favourite photos. Google believes that the new Photos feature will “make it easier to look back at your fondest memories.”

The update will also enable Google Photos app to show a card with most notable images and it will include the most recent highlights from the images taken.

“Today [Wednesday] we’re bringing you four new features for Google Photos – three new ways for you to relive and the share moments that matter, and a quick way to fix some of those pesky sideways photos in your collection,” said Tim Novikoff, Product Manager, Google Photos in a blog post.