Google’s product launch on Tuesday was as much a jab at Apple’s iPhone as a sales pitch for its new Pixel phones, with executives from the Mountain View internet search company taking shots at their competitor at every turn.

But any gains Google makes with the $649 (roughly Rs. 43,000) Pixel, billed as completely designed in-house, may come not at the expense of Apple, but phone manufacturers running its Android software, a list topped by Samsung.

“A premium Android strategy is really a strategy to take market share from Samsung,” said analyst Jan Dawson of Jackdaw Research. The South Korean company already is reeling from a highly publicized recall of its Galaxy Note 7 phones due to battery fires.

“Obviously Google doesn’t want to explicitly compete with its own partners, but this product is much more likely to compete with Samsung than Apple,” Dawson said. 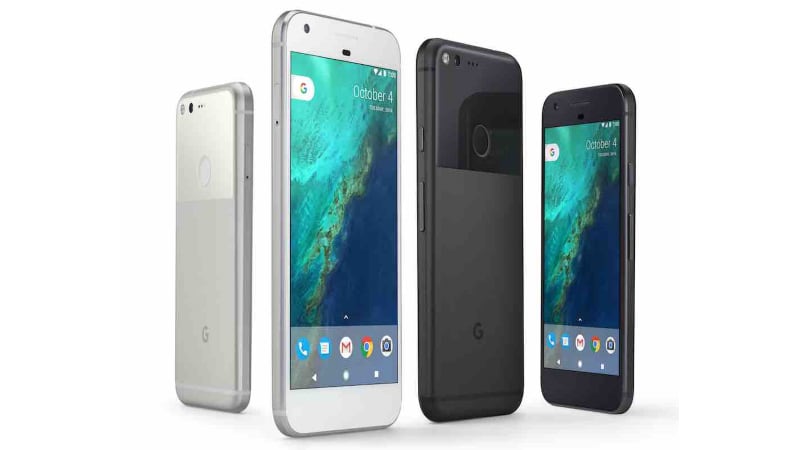 Google, a unit of Alphabet Inc, clearly has its sights set on the iPhone and the luxury consumer base that it commands.

“There’s no unsightly camera bump,” hardware chief Rick Osterloh said to laughter from the audience at the phone’s debut, alluding to the iPhone’s raised camera, a feature lamented by some design aficionados.

Newly released ads for the Pixel phones land some blows on the iPhone. A rundown of the phones’ new features concludes with “3.5mm headphone jack satisfyingly not new,” a reference to Apple’s decision to eliminate the port in the iPhone 7, which riled many customers.

Imitation is flattery
Nevertheless, the Pixel line bears a strong resemblance to the iPhone, coming in two sizes and a variety of sleek finishes. The Google Assistant, powered by artificial intelligence software, is a response to Apple’s Siri. And as Google prioritizes making its own hardware under Osterloh, its emerging design philosophy echoes Apple’s.

“You want the consumer first of all to have this great experience out of the box in terms of the design of the packaging,” Queiroz, a vice president of product management at Google, said in an interview.

He brushed aside concerns that Google’s hardware push will pit it against its Android partners. The technology embedded in the Pixel phone is meant to propel Android devices forward, he said.

“It’s not a zero sum game,” Queiroz said. “We believe that Google can and will be doing both things. Both delivering platforms and building our own products.”

Google could find itself squaring off against two extremely deep-pocketed rivals. Apple and Samsung are the largest smartphone handset makers and both have major marketing programs.

Samsung spent at least $50 million (roughly Rs. 332 crores) just on advertising during the Olympics in Rio de Janeiro, Brazil, according to estimates from Kantar Media.

Spokespeople for Apple and Samsung did not respond to requests for comment on Google’s launch.