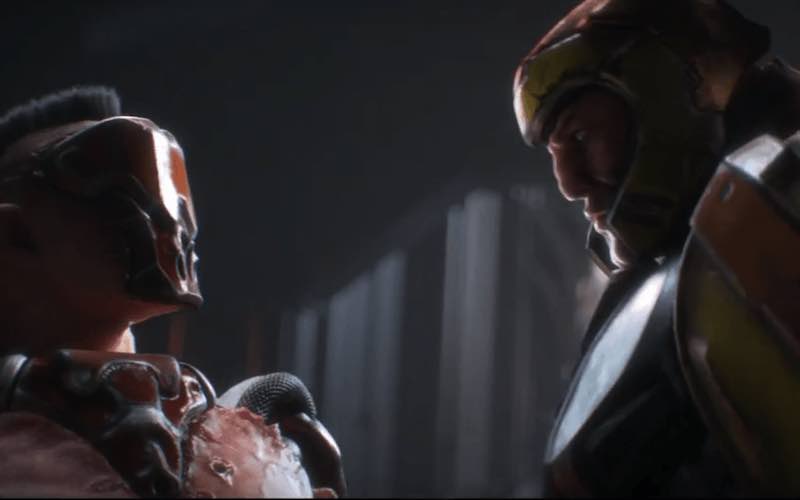 At E3 2016 Bethesda announced Quake Champions. It’s the next entry in the franchise after 2005’s forgettable Quake 4.

While all Bethesda has shown off is a cinematic trailer boasting characters with their own unique skills, it promises to be a “fast paced arena based shooter”. What’s perplexing though, was the absence of a console release. Developer id Software shed light on Quake Champions’ PC exclusivity.

“It’s everything from input sampling of the mouse to making sure that your monitor refresh rate is fast enough,” Creative Director Tim Willits told Gamespot. “Because even with Quake Live, we have found throughout the years that going from 30 to 60 is huge, but even 60 to 120-is noticeable.” “Most of us, and even me, I can’t really tell the difference,” Willits added.

“But there are some players who are inhuman. And we can’t come out and say we’re going to make a game for them and not run ridiculously fast. “Because if we lose the pro guys, we’re in trouble.”

Being able to reach 120 frames-per-second and more, is why one of the things Willits is keen on making possible. “That’s why it’s a PC game. No excuses. No limitations,” he said.

And while we’re yet to get a release date, we should hear more about Quake Champions at Quakecon which should run from August 4 to August 7 this year.