Chilean President Michelle Bachelet put hammer to stone on an Andean mountaintop on Wednesday evening to mark the start of construction for one of the world’s most advanced telescopes, an instrument that may help shed light on the possibility of life on distant planets.

The Giant Magellan Telescope (GMT), scheduled to be completed by 2024, will have a resolution 10 times that of the Hubble spacecraft. Experts say it will be able to observe black holes in the distant cosmos and make out planets in other solar systems with unprecedented detail.

Such technology, astronomers say, will help humans determine how the universe formed and if planets hundreds of light years away could support life. 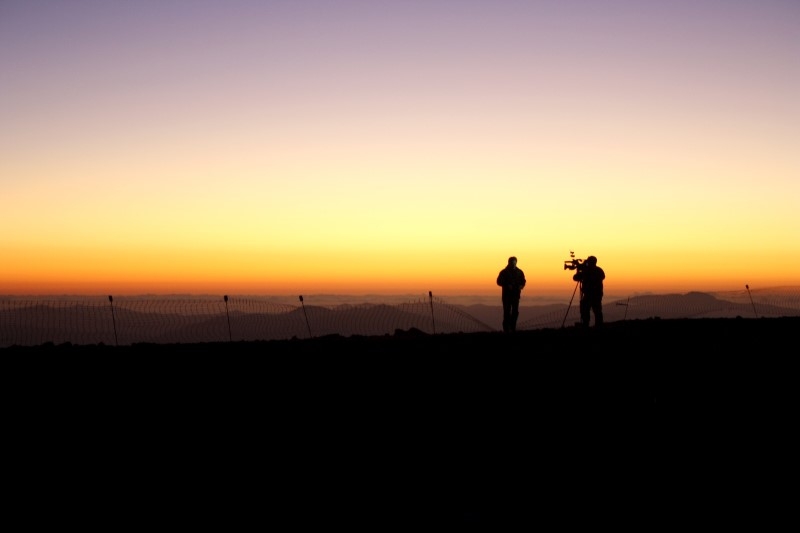 “With this science, there are no limits to the possibilities that are open,” said Bachelet, standing on the GMT’s site, a wind-buffeted, 8,250-foot (2,500-metre) mountaintop.

“What it does is open the door to understanding,” she said.

The GMT – a collaboration of institutions in the United States, Chile, South Korea, Brazil, and Australia – will rely on seven intricately curved lenses, each almost 28 feet (8.5 meters) wide.

For the system to work, no one lens can have a blemish of more than 25 nanometers, which is some four thousand times smaller than the average width of a human hair.

“Astronomy is like archaeology; what we see in the sky happened many years ago,” said Yuri Beletsky, a Belarussian astronomer for the GMT. “The biggest expectation is that we find something that we don’t expect,” he added on a bus driving up sinuous switchbacks to the planned observatory.

Two other massive instruments – the European Extremely Large Telescope, also in Chile, and the Thirty Meter Telescope in Hawaii – are scheduled to be completed in the 2020s as well. But GMT President Patrick McCarthy says the telescope’s massive single lenses and wider observation field will allow for more precise measurements.

Among the phenomena he hopes to observe is dark matter, mysterious invisible material that makes up most of the universe’s mass.

Astronomers say Chile’s bone-dry Atacama Desert, host to the GMT and dozens of other high-powered telescopes, is uniquely suited to space observation as it has dry air, high mountains, and little light pollution.

McCarthy also points out that another advantage for astronomers in Chile is that the airflow from the nearby Pacific Ocean is smoother than that over continental deserts, meaning scientists have to contend with less atmospheric interference.