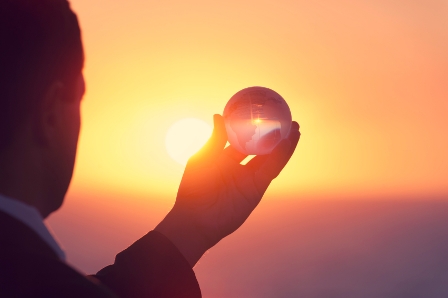 Although many governments are still recovering over the economic recession from several years ago, that doesn’t necessarily mean that economic analysts are prepared for what’s the come. With so much technology being developed at a rapid pace, and the economies of countries like China experiencing phenomenal growth, it’s understandable that many people are concerned over how our current economy will affect the economy of tomorrow. With that in mind, here’s a quick overview of some of the ways in which the world’s economy is being tracked today, as well as what it might mean for the future.

One of the biggest questions for the future is China. After experiencing nearly unprecedented growth after the modernization efforts by Xi Jinping, it’s still unclear how they will fare once that growth begins to slow down. Luckily, companies like PRC Macro have been studying G7 economies in order to see how they’ll be affected by future circumstances. These companies utilize proprietary data in order to observe patterns in past developments, so that they can make accurate predictions for the future. If you’re an investor with ties to foreign interests, then it may be worth your time to consult with an analytical firm in order to ensure that your money is being well spent.

One of the most heavily discussed topics in modern economic discourse is the concept of a universal basic income. Already, there are a handful of countries that are experimenting with the topic. In fact, firms in the United States have also discussed their interest in it as an alternative to traditional jobs. Although the concept sounds far fetched, the truth is that paying people to effectively do nothing might be the only way to keep the economy flowing once automation takes over most forms of labor. If people can’t get basic labor jobs, then they’ll either be forced to starve or become reliant on a universal basic income. Of course, the concept has other benefits as well, as research seems to indicate that it might actually make people more productive, rather than the opposite. It turns out that people are better workers when they’re doing something they’re interested in, as opposed to just trying to earn a paycheck.

While no one can fully predict the future, at least there is a basic idea of where the world is headed. Although many people like to talk about the worst case scenario, the truth is that there is still plenty of hope for both the world and its economy.