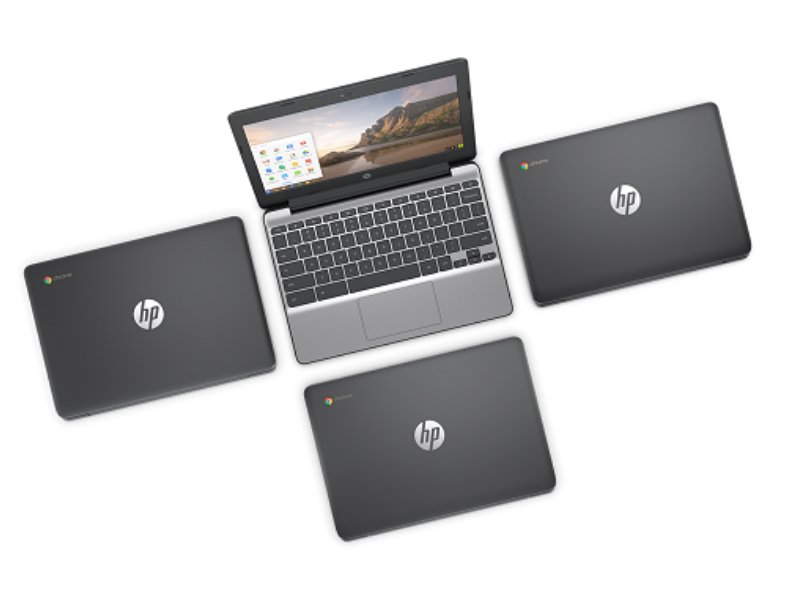 HP has taken the wraps off its new affordable Chromebook 11 G5. The laptop is priced starting $189 (roughly Rs. 12,800), and will be available online from July, while retailers will sell it from October.

The laptop comes with the Chrome OS interface, which means eventual support for Android apps on the laptop. Google has announced a long list of Chromebooks that will get Google Play support, but also mentioned that all the latest devices will get to use Android apps. There’s a variant that even supports touchscreen for added usability, especially while using Android apps on Chromebook.

As far as the specifications go, there are two choices of display. Users can choose from an 11.6-inch HD (1366×768 pixels) IPS touchscreen display with Gorilla Glass protection, or an 11.6-inch HD (1366×768 pixels) anti-glare standard display. The HP Chromebook 11 G5 is powered by an Intel Celeron N3060 (2 cores, 2 threads, 2MB L2 Cache, 1.6GHz base clock, 2.48GHz Burst clock) processor, paired with either 2GB or 4GB of RAM. Optics include an HP TrueVision HD webcam at 720p resolution, and storage options can be configured either to 16GB or 32GB.

HP further claims that the Chromebook 11-inch G5 was made keeping in mind students and teachers, and the primary target market is education. The company took feedback from students using a Chromebook, and tried to incorporate that into its new offering. HP’s Chrome OS lineup also includes Chromebook 11, Chromebook 11 EE, Chromebook 13, and Chromebook 14