The handset is seen sporting dual rear cameras along with a laser autofocus setup and dual-tone LED flash. A square-shaped fingerprint is also visible at the centre along with the company branding at the bottom. A front-facing camera along with sensors and speaker grille is also visible. The image ties in with the smartphone that was spotted using by the company’s President recently. 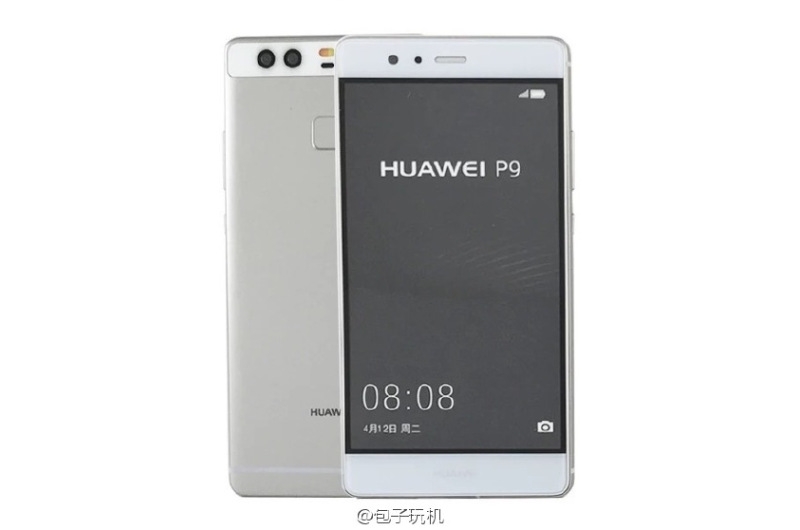 The Chinese company earlier this month confirmed it is hosting an event in London on April 6, where the flagship is expected to be launched.

Huawei has also seemingly confirmed the dual-camera setup on its P9 smartphone in its official teaser for the launch event. Other features rumoured for the handset include USB Type-C port, 3.5mm jack, and loudspeaker. The smartphone, as per the latest rumours and leaks, is said to arrive in four variants – the P9, P9 Lite, and P9 Max.

Some of the rumoured details tipped include the company’s native Kirin 950 processor under the hood; 3GB of RAM; 32GB of inbuilt storage; a 12-megapixel rear camera with Leica lenses, and a 3900mAh battery. The Huawei P9 is likely to come with a new version of the Emotion UI running on top of Android 6.0 Marshmallow.