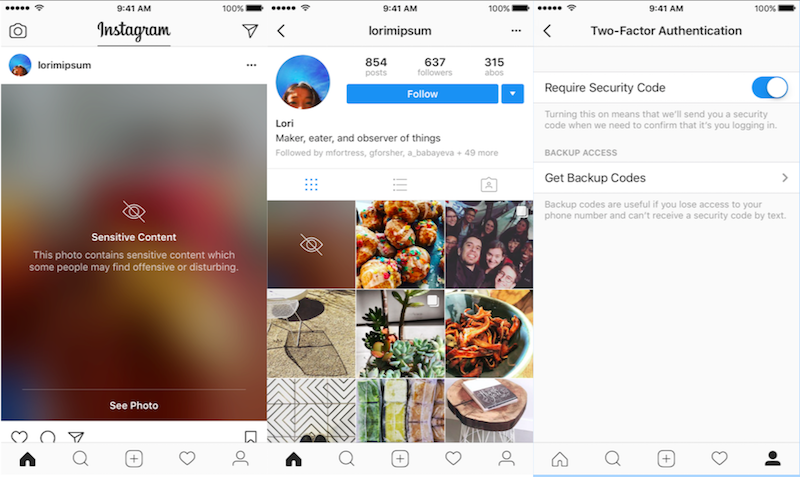 Instagram in the past few months has been rolling out tools to curb harmful or explicit content on its app. Late last year, the company added a comments moderation tool that lets you list offensive or inappropriate words. Now, the Facebook-owned photo sharing company will blur posts that have been reported by users, marking them as “sensitive”. The new feature will be available globally in the coming weeks.

Instagram largely manages to ban extreme content like nudity, but many a times some posts sneak past the company’s guidelines. These photos or videos are usually reported by users but are rarely taken down by the company. The new tool will blur oft reported posts so that you know it contains sensitive, abusive or violent content. Of course, for those who wish to see the post anyway can simply tap on it to reveal the photo or video, the company says in a blog post.

Another new feature being rolled is the two-factor authentication for better security. The feature has been around for a few members but will now roll out to users worldwide. By enabling the feature, you will be sent a code via SMS every time you log in. You should also make sure that the number registered on your Instagram account is your current number so that you receive the text code. You can enable the feature by tapping on the gear icon in your profile page and enabling the option “Require Security Code” under “Two-Factor Authentication.”

Apart from announcing the new features, Instagram also shared that “tens of thousands of Instagrammers all over the world will come together for Worldwide InstaMeet 15” on March 25 and 26. The company in encouraging its users to spread kindness through these InstaMeets. Those interested can join or create an InstaMeet around their location.

Instagram’s parent company Facebook has in the recent months faced a lot of criticism regarding the spread of fake news and abusive content. The social media giant has been rolling out a number of different tools to keep this in check including launching a “disputed” tag for stories that are deemed false. Instagram also recently added the ability to turn off comments on posts to curb harassment.