The solar system’s largest planet Jupiter exerts a strong gravitational pull on its moon Europa, creating far more heat than earlier thought on the moon’s ice-sheet that is enough to support a sub-surface ocean, says a study.

A team of geoscientists from Brown and Columbia universities set up experiments to estimate the heat created by the heaves and falls of Europa’s icy surface – a process called tidal dissipation.

The only way to create enough heat for these active processes so far from the sun is through tidal dissipation, according to Christine McCarthy from Columbia University. 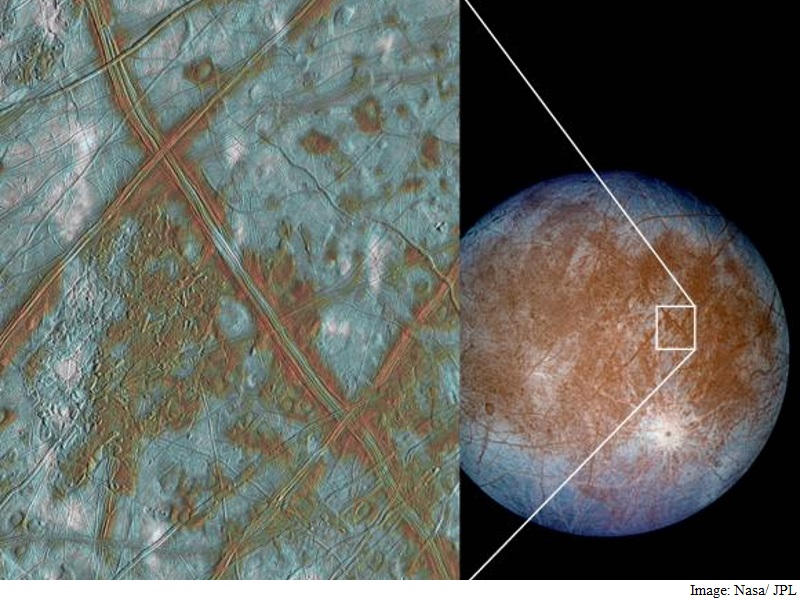 “If you bend it back and forth, you can feel it making heat at the junction,” McCarthy said.

“The way it does that is that internal defects within that metal are rubbing past each other, and it’s a similar process to how energy would be dissipated in ice,” she added.

People have been using simple mechanical models to describe the ice on Europa.

While those calculations suggested liquid water under Europa’s surface, “they weren’t getting the kinds of heat fluxes that would create these tectonics. So we ran some experiments to try to understand this process better,” McCarthy added.

The experiments yielded surprising results. Modelling approaches had assumed that most of the heat generated by the process comes from friction at the boundaries between the ice grains, meaning that the size of the grains influences the amount of heat generated.

But McCarthy’s team found similar results even when they substantially altered the grain size in their samples, suggesting that grain boundaries were not the primary heat-generators in the process.

The results, published in the journal Earth and Planetary Science Letters, suggest that most of the heat actually comes from defects that form in the ice’s crystalline lattice as a result of deformation.

Those defects, the research showed, create more heat than would be expected from the grain boundaries.