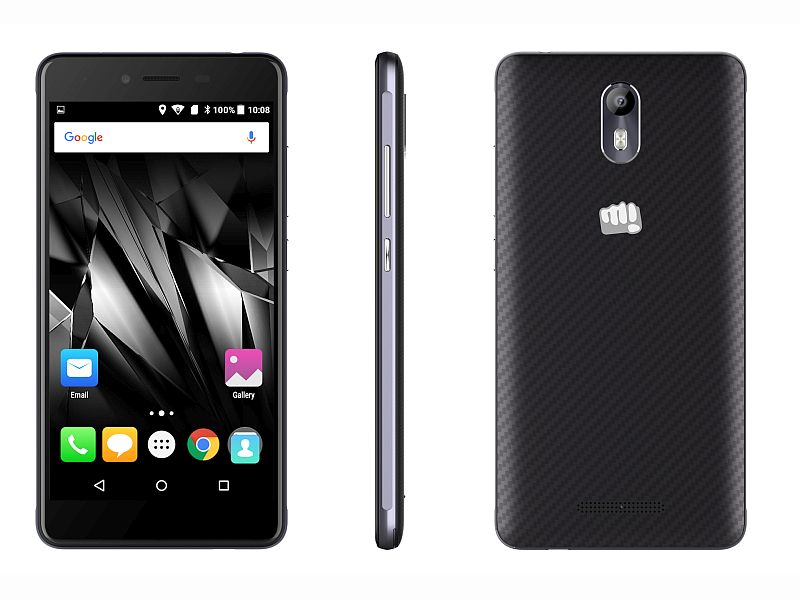 The company in a press statement said that the new Micromax Canvas Evok is targeted at young working professionals.

The dual-SIM (Micro-SIM cards) Canvas Evok runs dated Android 5.0 Lollipop. It features a 5.5-inch HD (720×1280 pixels) IPS display with a pixel density of 267ppi. It also sports a Corning Gorilla Glass 3 protection on top. The smartphone is powered by a 1.4GHz octa-core Snapdragon 415 processor. It features an Adreno 405 GPU, 3GB of RAM, and 16GB of built-in storage that is expandable via microSD card (up to 32GB).

Commenting on the launch, Shubhajit Sen, Chief Marketing Officer, Micromax Informatics said, “The current trend of 4G connectivity, big screens, high definition displays and powerful RAM has picked up immensely and the Canvas Evok brings the best combination of all these with its features and design language. We expect the new smartphone to fare well in the market as the millennial generation understands technology and also recognizes the fact that one does not need to pay exorbitant prices for a premium quality smartphone.”