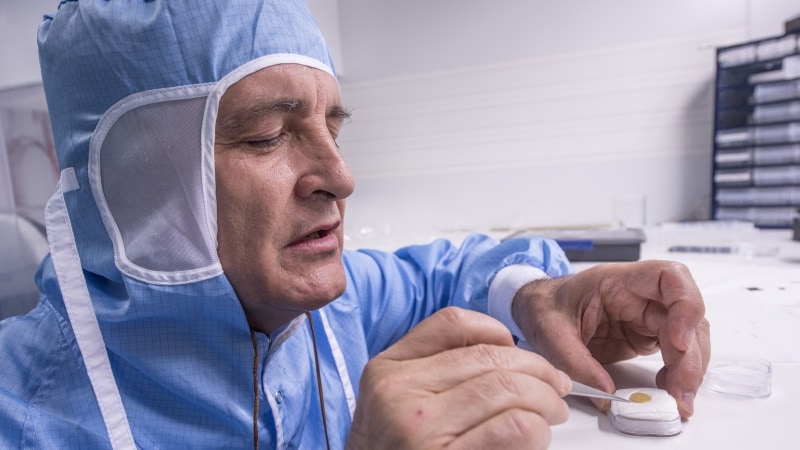 Microscopic molecular vehicles piloted by chemists and physicists will line up in the world’s first nano-car race in France this month – but don’t expect to see anything with the naked eye.

Teams from France, Germany, Japan, Switzerland, the United States and a joint Austrian-American group have qualified, but only four will get to compete on April 28-29, organisers of the race said Tuesday.

Sponsored by France’s National Centre for Scientific Research (CNRS), the race will take place at one of its laboratories in Toulouse, in southwestern France, and will be streamed live on YouTube.

Each ultra-miniature car will be built from just hundreds of atoms grouped together to form the engine, body, wheels and pedals.

Instead of holding a steering wheel, scientists will manoeuvre a microscope equipped with four needle-like metal tips that generate an electric current.

The white-gowned “drivers” will poke the nano-cars with the energy-inducing instruments to propel them across a racing track made from gold.

“The tip will provide the fuel to move the molecule,” said Alain Schuhl, Director of the CNRS’s physics unit.

The race will not exactly be a high-speed chase with hairpin turns.

It will take the nano-cars at least 36 hours to reach the finish line after covering 100 nanometres – one-thousandth the width of a human hair.

There are a couple of 40 and 45 degree turns thrown in to make things interesting.

One team was stuck for five hours on a turn during a practice session, said race director Christian Joachim.

“It’s like a video game – you have to focus on the screen and be attentive all the time,” he said. “You need two people, one that gets the images and the other one guiding him on strategy to avoid getting stuck.”

The golden surface on which the nano-cars will race is 50,000 times thinner than a line drawn by a pen. To get to the finish line, the scientists will have to apply an average of 400 to 500 electrical discharges of one to two volts each, without breaking the molecule.

As in Formula One, contestants are allowed to switch cars in case of malfunctions.

Beyond the race’s entertainment factor, organisers hope the event will serve scientific purpose.

“The objective is to try to control the mechanical movement of a molecule a couple of nanometres long,” Joachim said.

Once scientists can handle these cars like getaway drivers, he said, “we’ll be able to create super-miniature motors for all sorts of applications.”