Microsoft chief Satya Nadella on Monday met Prime Minister Narendra Modi and other ministers to discuss issues pertaining to the IT sector and enhancing partnership for initiatives like Digital India.

The India-born CEO, who is on his third visit to his home country since taking over as Microsoft head in February 2014, met Minister of Communications and IT Ravi Shankar Prasad, Minister of State for Finance Jayant Sinha as well as many industry leaders and developers in New Delhi. 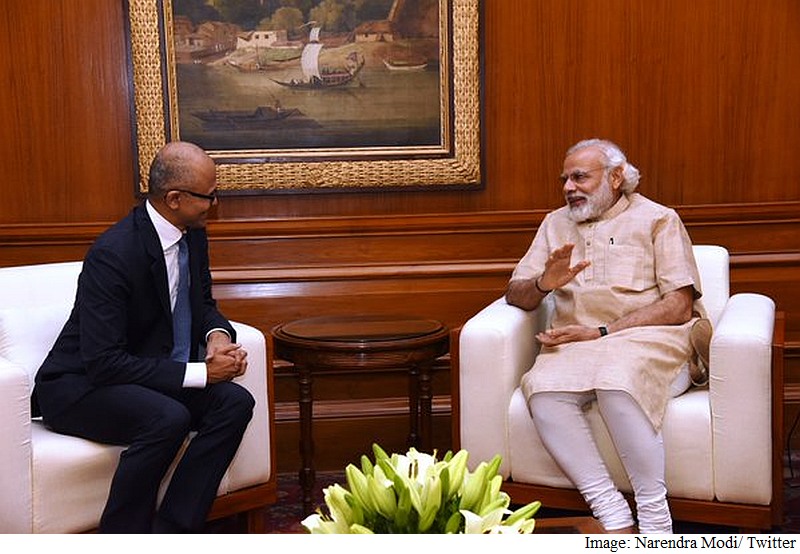 “Discussed various issues pertaining to the IT sector with @Microsoft CEO @satyanadella @MicrosoftIndia,” PM Modi tweeted after the meeting.

Details of the discussions were, however, not disclosed.

Both Nadella and Cook have offered support to various government’s initiatives like Digital India and Startup India.

Earlier in the day, Nadella discussed with Prasad how Microsoft’s contribution to the government’sDigital India initiative can be enhanced.

“CEO @Microsoft @satyanadella met me today. Discussed enhancing cooperation with Microsoft towards @_DigitalIndia,” the minister said in a tweet after the meeting.

According to sources, the meeting revolved around open source policy, engagement of Microsoft for linking Skype and Aadhaar and enhanced cooperation for cloud services in the government sector.

Nadella had visited India, which is among one of the largest R&D bases for the company, in December last year. He had visited Mumbai and incubation centre T-Hub in Hyderabad.