Team-messaging app Slack has recently developed a sizeable user base and earned envy from other apps that allow group messaging. Microsoft is now reportedly coming up with its own rival group chat app under its Skype brand named Skype Teams.

In basic functionality, Skype Teams seems to be fairly similar to Slack as it allows you to chat with other users in the team individually or in groups, as reported by MSPowerUser. Skype Teams will also allow you to share files as well as send emojis just like Slack does. Ther’s also a ‘Fun Picker’ that lets you add gif images and memes to your conversations. 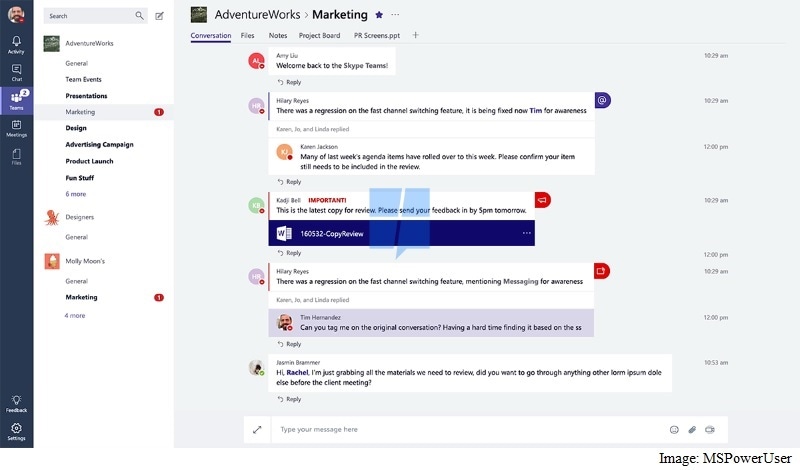 Further, users can respond to particular comments, as on Facebook threads, and also start video chats at any point during a conversation. Skype Teams will essentially provide users with Slack’s functionality along with core features that you expect from a Skype product.

Microsoft will be adding the ability to schedule online meetings to the app, which might be extremely useful as the app is targeted at teams. The app will also come with an integration with Office 365 apps as well as OneDrive. It will also feature support for the Skype Bot framework, and it will be interesting to see how Microsoft leverages its AI chops to counter Slackbot.

According to the report, Microsoft will be releasing Skype Team apps for Web, Windows, Android, iOS, and Windows Phone.

Competition can often lead to innovation and there might be certain set of users who might be more suited to Microsoft’s offering due to Office 365 integration. However, for more information about the app, we will have to wait for official announcement by the company.