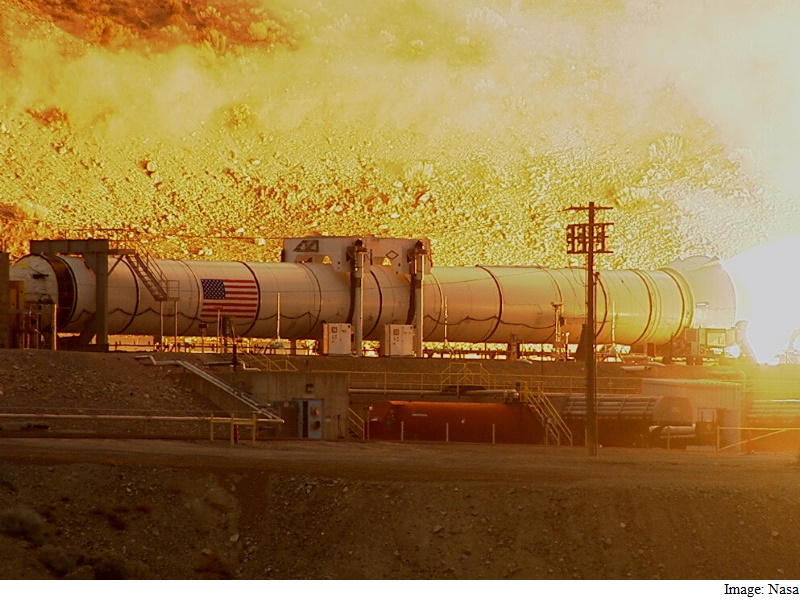 The booster will be fired up at Orbital ATK Propulsion Systems’ test facilities in Promontory, Utah, at 7.05pm (Indian standard time) on Tuesday.

The test will provide Nasa with critical data to support booster qualification for flight.

This is the last time the booster will be fired in a test environment before the first test flight of SLS with Nasa’s Orion spacecraft, known as Exploration Mission-1 (EM-1), in 2018.

The SLS that will launch an uncrewed Orion spacecraft to a stable orbit beyond the Moon in 2018 will also carry 13 tiny satellites to test innovative ideas.

These small satellite secondary payloads or “CubeSats” will carry science and technology investigations to help pave the way for future human exploration in deep space, including the journey to Mars.

SLS’ first flight, referred to as Exploration Mission-1 (EM-1), provides the rare opportunity for these small experiments to reach deep space destinations, as most launch opportunities for CubeSats are limited to low-Earth orbit.

“The 13 CubeSats that will fly to deep space as secondary payloads aboard SLS on EM-1 showcase the intersection of science and technology, and advance our journey to Mars,” said Nasa deputy Administrator Dava Newman in an earlier statement.

On this first flight, the SLS will launch the Orion spacecraft to a stable orbit beyond the moon to demonstrate the integrated system performance of Orion and the SLS rocket prior to the first crewed flight.

The CubeSats will be deployed following Orion separation from the upper stage and once Orion is a safe distance away.