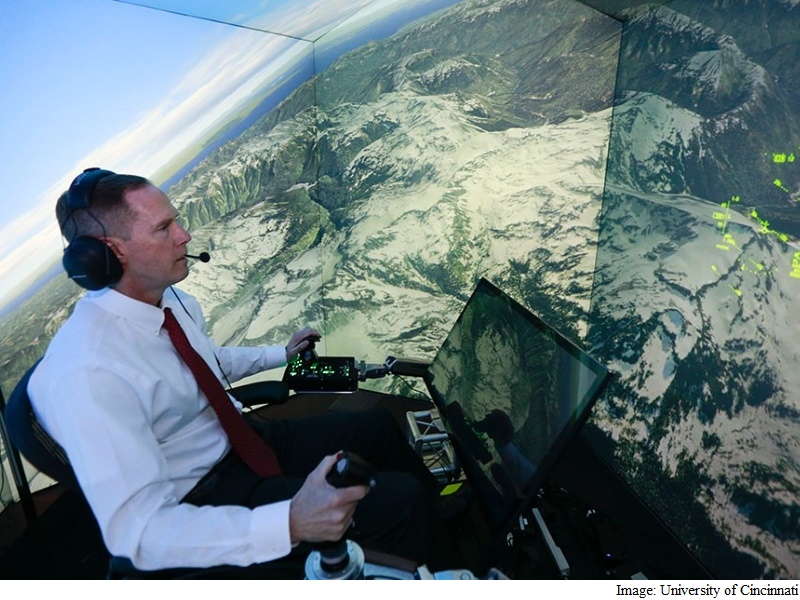 In a breakthrough, an artificial intelligence (AI) system has emerged victorious against a human expert during a high-fidelity air combat simulation.
The system developed at the University of Cincinnati in the US was assessed by subject-matter expert and retired US Air Force Colonel Gene Lee – who holds extensive aerial combat experience as an instructor and Air Battle Manager with considerable fighter aircraft expertise.
The AI, dubbed Alpha, is the most aggressive, responsive, dynamic and credible AI to date, according to Lee.
Alpha is a significant breakthrough in the application of what is called genetic-fuzzy systems, researchers said. The application is specifically designed for use with Unmanned Combat Aerial Vehicles (UCAVs) in simulated air-combat missions for research purposes.
In its earliest iterations, Alpha consistently outperformed a baseline computer programme previously used by the Air Force Research Lab for research. In other words, it defeated other AI opponents.
It was only after early iterations of Alpha bested other computer programme opponents that Lee then took to manual controls against a more mature version of Alpha in October last year.
Not only was Lee not able to score a kill against Alpha after repeated attempts, he was shot out of the air every time during protracted engagements in the simulator.
Since that first human vs Alpha encounter in the simulator, this AI has repeatedly bested other experts as well.

“I was surprised at how aware and reactive it was. It seemed to be aware of my intentions and reacting instantly to my changes in flight and my missile deployment,” Lee said. “It knew how to defeat the shot I was taking. It moved instantly between defensive and offensive actions as needed,” he added.
“Alpha is already a deadly opponent to face in these simulated environments. The goal is to continue developing Alpha, to push and extend its capabilities, and perform additional testing against other trained pilots,” said Nick Ernest, who graduated from University of Cincinnati in 2015.
“Fidelity also needs to be increased, which will come in the form of even more realistic aerodynamic and sensor models,” added Ernest who is now CEO at Psibernetix, the firm that created the Alpha project.
Alpha can take in the entirety of sensor data, organise it, create a complete mapping of a combat scenario and make or change combat decisions for a flight of four fighter aircraft in less than a millisecond, researchers said.
It is so fast that it could consider and coordinate the best tactical plan and precise responses, within a dynamic environment, over 250 times faster than Alpha’s human opponents could blink, they said.
The research was published in the Journal of Defence Management.