Four new elements have been added to the periodic table after discoveries by Japanese, Russian and US scientists, an international authority said, with the new substances including Asia’s first entry on the chart.

Scientists in Japan who discovered element 113 have chosen the name nihonium, derived from the name of the country in the local language, and the accompanying symbol Nh. 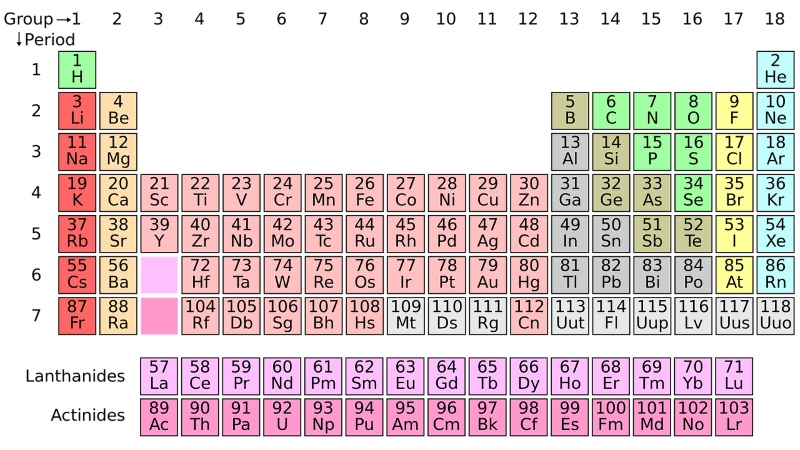 The International Union of Pure and Applied Chemistry (IUPAC) has recommended the names and symbols be accepted after a five-month public review, it said on its website.

Synthetic elements are produced through laboratory experiments rather than those found in nature such as hydrogen, carbon or magnesium.

IUPAC said in the release Wednesday that newly discovered elements can be named after mythological concepts or characters, minerals or similar substance, places, or geographical regions, a property of the element, or a scientist.

Besides being the first element on the periodic table to be discovered and named by Japanese scientists, element 113 is also Asia’s first, according to Riken, the Japanese state-backed research institute that discovered it, and IUPAC.

While generally welcomed, some thought the Japanese name might be lost on foreigners.

“If you say ‘NIHONIUM,’ ‘Nippon (Nihon)’ is something which only the Japanese people use and won’t be understood by foreigners .”, read a Japanese-language tweet.

“Nippon” is a slightly more formal variant of the country’s name in Japanese.

The other elements are named after the Russian capital Moscow, US state Tennessee and Russian nuclear physicist Yuri Oganessian

Japan has a proud research tradition and its citizens have won about 20 Nobel prizes in science and medicine, including two last year.

Riken hopes more potential winners are waiting in the wings.

“We expect if kids know there is an element that a Japanese group discovered, the number who get interested in science will increase,” Kosuke Morita, who headed the research group that discovered the element, told a news conference Thursday.

Riken faced scandal in 2014 after what was hailed as a scientific breakthrough in stem cell reproduction by a young researcher had to be retracted.