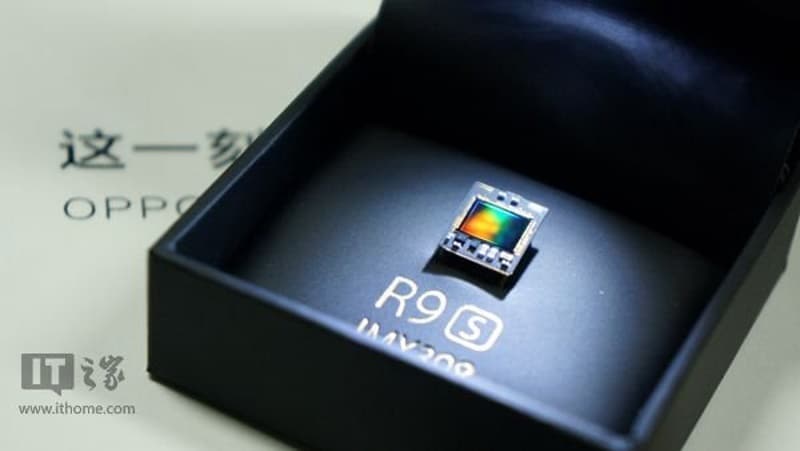 Chinese mobile manufacturer Oppo seems set to launch its new smartphone – Oppo R9s – in its home market China. Without much secrecy maintained since the beginning, Oppo on Saturday sent out invitations to Chinese media for a launch event on October 19 in Shanghai. The R9s press invite boxes contain a replica of a Sony IMX398 camera sensor, which is also touted to be the smartphone’s biggest highlight.

With much fanciness in the invites, Oppo is also said to launch another variant – Oppo R9s Plus, reported by GSMArena.com. However, Oppo doesn’t mention the R9s Plus anywhere in the invite box. The Oppo R9s Plus was earlier spotted in a Chinese TV spot airing only in China. The video is quite revealing, suggesting that the R9s will be placed in the upper mid-range.

Earlier, the Oppo R9s was spotted in the wild by PhoneArena. It was certified back in August by Tenaa, and so it does appear Oppo is all set to launch it. In a different report, Playfuldroid posted what it called official renders of the Oppo R9s and Oppo R9s Plus were tipped as well – and there appears to be a difference in size, with the Plus variant seemingly the larger variant.

The Oppo R9 and R9 Plus may have gone out of the consumer’s radar, but Oppo is bringing the R9s as a refresher to the earlier specced devices. Speaking of the specifications, a good number of reports say that Oppo R9s packs the Qualcomm Snapdragon 625 CPU coupled with 4GB of RAM and 64GB of inbuilt storage, along with a 3010mAh battery (which is a bump from the 2580mAh battery set used in the Oppo R9) with VOOC fast charging technology. It is said to have a 5.5-inch full-HD 1080p display.

The Sony IMX398 sensor sent with the Oppo R9s invite is said to be a 16-megapixel offering, sporting similar tech as Samsung’s Dual Pixel technology. The rear camera is said to bear an f/1.7 aperture. Readers should note that there were claims earlier saying the front shooter would be a 13-megapixel offering.