In a major step forward in understanding how supermassive black holes were born after the Big Bang, an Italian team of researchers has identified two objects in the early Universe that seem to be the origin of these cosmic giants.

“Black hole seeds are extremely hard to find and confirming their detection is very difficult. However, we think our research has uncovered the two best candidates so far,” said Andrea Grazian, study co-author from National Institute for Astrophysics in Italy. 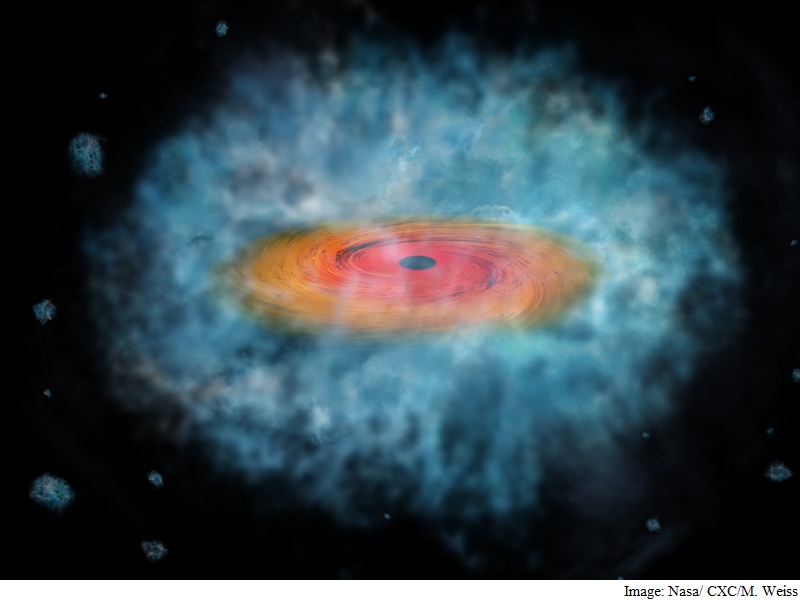 For years astronomers have debated how the earliest generation of supermassive black holes formed very quickly, relatively speaking, after the Big Bang. The researchers believe that the newly identified objects represent the most promising black hole seed candidates found so far.

The group used computer models and applied a new analysis method to data from the Nasa Chandra X-ray Observatory, the Nasa/ESA Hubble Space Telescope, and the Nasa Spitzer Space Telescope to find and identify the two objects.

Both of these newly discovered black hole seed candidates are seen less than a billion years after the Big Bang and have an initial mass of about 100,000 times the Sun.

“Our discovery, if confirmed, would explain how these monster black holes were born,” lead author of the study Fabio Pacucci from Scuola Normale Superiore in Pisa, Italy, noted.

The discovery was reported in the journal Monthly Notices of the Royal Astronomical Society.

The new findings support a scenario where at least some very massive black hole seeds with 100,000 times the mass of the Sun formed directly when a massive cloud of gas collapses.

The research suggests that black holes start big and grow at the normal rate, rather than starting small and growing at a very fast rate, study co-author Andrea Ferrara, who is also from Scuola Normale Superiore, noted.