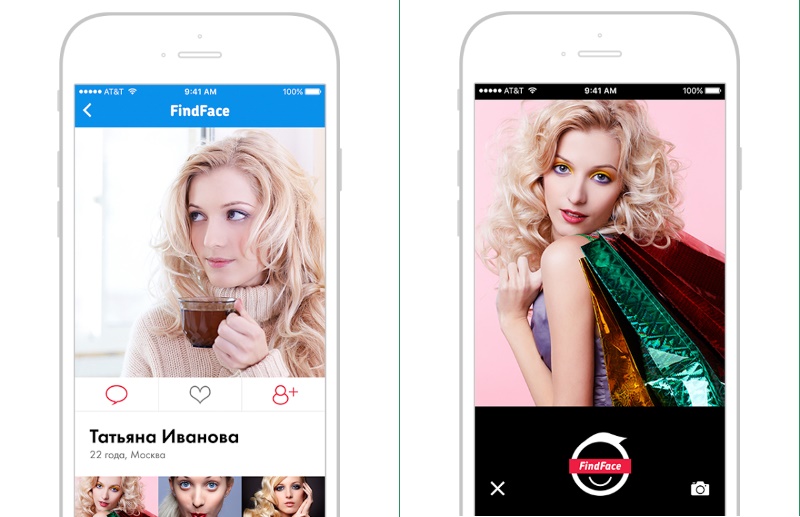 In “The Dark Knight,” the seminal reboot of the “Batman” cinematic franchise, the Caped Crusader is able to locate any of Gotham’s denizens on a whim, by hijacking the microphones and cameras on their cellphones. FindFace, the identification app created by Alexander Kabakov, 29, and Artem Kukharenko, 26, is not quite as powerful as Christopher Nolan’s Orwellian nightmare tool. But the Russian developers say their facial recognition software could be used by authorities to fight crime – and, just as easily, score dates with attractive strangers.

(Or, at least, score the attractive strangers’ names.)

FindFace can identify random passersby with about 70 percent accuracy, given two conditions: You need to snap a photo of them, and they need to have a social media profile.

“If you see someone you like, you can photograph them, find their identity, and then send them a friend request,” Kabakov told the Guardian in an interview on Tuesday. Alternatively, he said, you can run a photo of an ex or celebrity through the program, and FindFace will spit out the social media profiles of similar-looking people.

FindFace marries a powerful facial-recognition algorithm to a popular social media website, VK. Previously known as VKontakte, VK is the dominant social network in eastern Europe, especially among those who speak Russian. The “Russian Facebook” boasts some 200 million accounts, and Vk.com is the third most visited website in Russia, according to website ranker Alexa. (The individuals being identified must have a VK account, as FindFace is not currently compatible with the way Facebook inventories its images.)

The algorithm comes from Moscow-based NTechLab, which recently boasted it bested Google’s recognition software at MegaFace, a technical challenge hosted by the University of Washington. Scanning 1 million faces, the NTechLab correctly identified 73 percent of people in the set. NTechLab’s software, like many facial recognition systems, uses an artificial neural network – a system that apes the biological connections between neurons to efficiently perform a task.

“With this algorithm, you can search through a billion photographs in less than a second from a normal computer,” Kabakov told the Guardian.

Since it launched in February, FindFace has been downloaded 500,000 times, Kabakov and Kukharenko said. In total, users have sent about 3 million images through a FindFace search.

Bold are FindFace’s claims, but they appear to be borne out in some independent assessments, as at least one Russian photographer found. FindFace and NTechLab have not responded to The Washington Post’s requests for comment.

The editorial team at Kaspersky, a Russian software security company, found themselves via FindFace in April: ” The program has successfully found 9 of 10 test ‘victims’ in the office,” according to the Kaspersky blog. People with VK profiles may wish to delete old profile photos from VK, Kaspersky says, or hold their heads in strange poses to confuse the software. (Some of the cheekier responses to facial-recognition-as-surveillance-tools include the Pixelhead mask, a ski mask-type hat that obscures your features as though your face had been digitally erased out of real life.)

Kabakov told the Guardian that Russian police officers have used FindFace to solve crimes, for which there were photographs or closed-circuit footage. “It’s nuts: there were cases that had seen no movement for years, and now they are being solved,” he said.

Facial recognition software has improved dramatically over the past few decades, though algorithms can still fall short if, say, both eyes – often used as reference points – aren’t visible. Facebook says its DeepFace can tell 97 times out of 100 if two photographs contain the same person. Some of Facebook’s experimental systems don’t even require faces. “For example, you can recognize Mark Zuckerberg very easily, because he always wears a gray T-shirt,” Yann LeCun an artificial intelligence expert at Facebook told New Scientist in June of last year.

When asked by the Guardian if FindFace’s creators were concerned with invasion of privacy or the loss of anonymity, Kabakov argued the march of technological progress was inevitable. “A person should understand that in the modern world he is under the spotlight of technology,” he said. “You just have to live with that.”

What the Guardian posed as possible hypothetical scenarios — “sinister applications” — have already happened. In April, users of the website 4chan availed themselves of FindFace, according to the website Fusion, to identify heretofore anonymous Russian pornographic actresses.