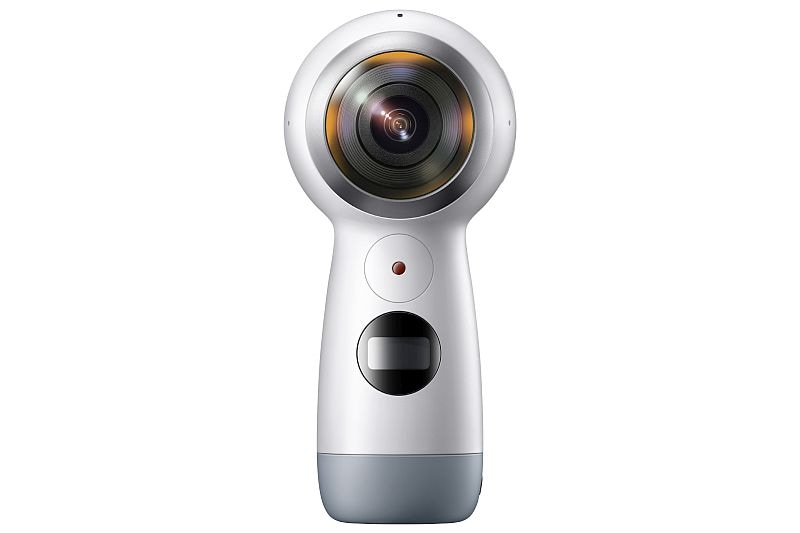 The new Gear 360 is the 2017 edition of the Gear 360 that was originally launched last year at the MWC 2016 trade show. The South Korean company as of now has not revealed the pricing or availability of the new Gear 360.

Samsung has confirmed that the all-new Gear 360 will be compatible with a selection of third-party accessories and mounts. The latest edition of the Gear 360 will be compatible with several Samsung devices including the Galaxy S8 and Galaxy S8+, Galaxy S7, Galaxy S7 Edge, Galaxy Note 5, Galaxy S6 Edge+, Galaxy S6, Galaxy S6 Edge, Galaxy A5 (2017), and Galaxy A7 (2017). The Gear 360 spherical VR camera will be also compatible with iOS devices including the iPhone 7, iPhone 7 Plus, iPhone 6s, iPhone 6s Plus, and iPhone SE, as well as Windows and Mac computers.

The Samsung Gear 360 will offer 4K video recording feature and will sport two 8.4-megapixel image sensors with bright lens (f/2.2 aperture) on both dual fisheye lenses. Samsung explains that if the new Gear 360 will be synced with a compatible smartphone or computer, it will be able to live broadcast or upload directly to platforms such as Facebook, YouTube or Samsung VR.

Announcing the new Gear 360, Younghee Lee, Executive Vice President of Global Marketing and Wearable Business, Mobile Communications at Samsung Electronics said, “As consumers turn more to video to share their experiences, we want to deliver accessible and innovative products to make digital content easier to create, share and stream. The updated Gear 360 will continue to expand the horizons of what consumers can experience and share.”