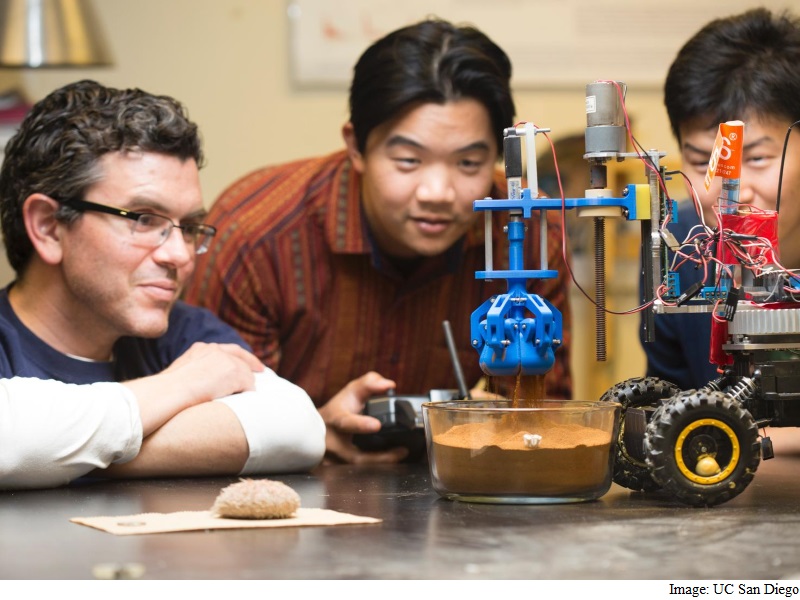 Inspired by the sea urchin’s intricate mouth and teeth, a team of engineers and marine biologists from the University of California-San Diego has developed a claw-like device to sample sediments on other planets such as Mars.

Bio-inspiration for the study came from pink sea urchins which live off the west coast of North America.

Researchers extracted the urchins’ mouthpieces, scanned them and analysed the structures at school of medicine at UC San Diego.

This allowed engineers to build a highly accurate model of the mouthpiece’s geometry.

“The urchin’s extraordinary ability to rip through rock could translate to a good sediment sampler for space vehicles like the Mars rovers, which currently use shovels to collect ground samples,” said Michael Frank, PhD candidate at the Jacobs School of Engineering at UC San Diego.

“Our goal was a bio-inspired device that’s more precise and efficient at grabbing ground samples from different areas and won’t disturb the surrounding area like a shovel would,” he added.

On the third iteration, they connected the teeth differently to the rest of the device, which allowed it to open much easier.

The students were able to quickly modify each prototype by using 3D printers. The device was then attached to a remote-controlled small rover.

The researchers first tested the claw on beach sand where it performed well.

They then used the claw on sand that simulates Martian soil in density and humidity. The device was able to scoop up sand efficiently.

Researchers envision a fleet of mini rovers equipped with the claw that could be deployed to collect samples and bring them back to a main rover.