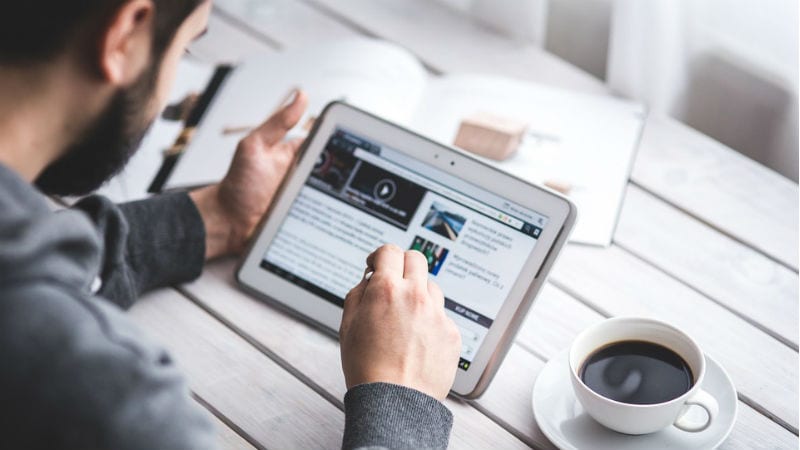 Continuing the trend of declining tablet shipments, the Q4 2017 saw yet another drop of 7.9 percent year-over-year. As per an IDC report, 49.6 million tablet units were shipped worldwide last quarter, compared to 53.8 million units in the same quarter in 2016. While Apple continued to stay at the top spot, Amazon has managed to overtake Samsung to become the second biggest tablet vendor by market share. It should be noted that the estimates reported by IDC take into account both slate form factors and detachables, which means tablets that come with keyboards.

Amazon’s tablet sales worldwide soared by 50 percent in Q4 2017 and passed Samsung in terms of total shipments. Amazon sold 7.7 million tablets in the last quarter while jumping ahead of Samsung, which sold 7 million units, a decline of 13 percent year-over-year. Amazon’s market share jumped from 9.6 percent to 15.6 percent while Samsung managed 14.1 percent. IDC says, “Amazon.com was able to steal the second position from rival Samsung as the online giant offered steep discounts during the holiday season.” Additionally, tablets bundled with Amazon Alexa voice assistant was also cited as one of the primary reasons for the company’s growth.

When it comes to Samsung, the report says that while shipments of its detachable portfolio continued to rise, the declines in its slate models outweighed the gains. IDC says, “As its lower-cost Tab A and E series is challenged by vendors promising better value, Samsung will face a particular challenge in upgrading its base to both a higher-priced and detachable device.”

Meanwhile, Apple continued its reign at the top with 26.6 percent market share and 13.2 million unit shipments, a growth of 0.6 percent year-over-year in terms of volume. Apple was able to maintain the big lead with growth coming through the sales of 9.7-inch iPad and its newly refreshed iPad Pro products, the report said. “While the lower-price iPad has continued to drive a strong consumer upgrade cycle, the shifting focus is to iPad Pro and its potential in the commercial and education segments,” it added.

Meanwhile, Huawei positioned at the fourth spot, witnesses an 11.9 percent year-over-year growth. However, Lenovo, the last name in the top 5 list saw a 13.1 percent decline. Interestingly, there was a massive 27.7 percent year-over-year decline in Q4 2017 for all other device makers, excluding these five companies.