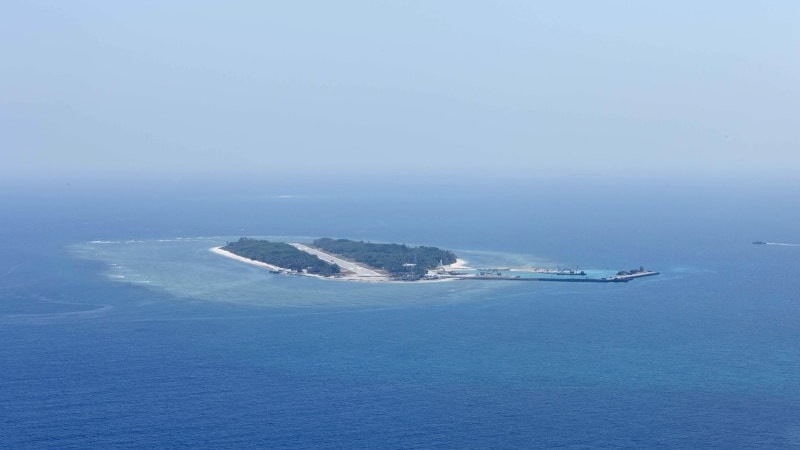 The revelation of new military-related construction could raise tensions in the contested waterway, where China’s building of airstrips and other facilities has worried other claimants and the United States.

The images seen on Google Earth show four three-pronged structures sitting in a semi-circle just off the northwestern shoreline of Itu Aba, across from an upgraded airstrip and recently constructed port that can dock 3,000-ton frigates.

The United States has urged against the militarisation of the South China Sea, following the rapid land reclamation by China on several disputed reefs through dredging, and building air fields and port facilities.

Taiwan’s defence ministry and coast guard, which directly oversees Itu Aba, said details about the structures are confidential and have not commented on their nature.

Google, a unit of Alphabet Inc, did not immediately respond to requests for comment on the request.

Defence experts in Taiwan said that based on the imagery of the structures and their semi-circular layout, the structures were likely related to defence and could be part of an artillery foundation.

“I think definitely it will be for military purposes, but I cannot tell if it is for defending, attacking or monitoring,” said Dustin Wang, a scholar and a former government advisor who has regularly visited Itu Aba.

Wang said given the structures’ location which faces the main seaborne traffic, they may relate to surveillance.

China, Taiwan, the Philippines, Vietnam, Malaysia and Brunei claim parts or all of the South China Sea, through which trillions of dollars in trade passes.

In July, an international court ruled against China in a case brought by the Philippines that rejected China’s claim to a vast swathes of the disputed maritime area. Both China and Taiwan, which China views as a renegade province, vehemently rejected the court ruling.