Home
Technology
Games
The Elder Scrolls Travels: Oblivion PSP Footage Shows Off What Could Have Been 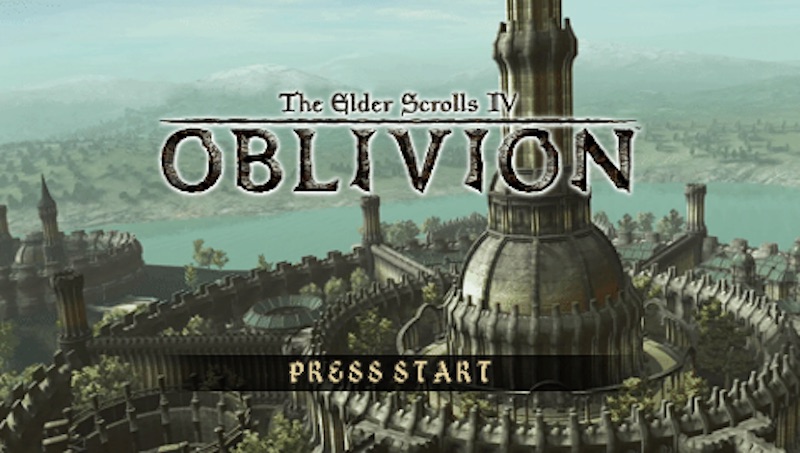 While The Elder Scrolls series has been a commercial success, it truly came into its own last generation with The Elder Scrolls IV: Oblivion and The Elder Scrolls V: Skyrim on the PC, PS3, and Xbox 360. There was also game planned for Sony’s then handheld, the PlayStation Portable (PSP) called The Elder Scrolls Travels: Oblivion. Areas from previous games such as Moonguard, Anticlere, Glenpoint, and even Daggerfall, each with their own explorable world areas and plane of Oblivion. And though it sounds promising, it was cancelled due to budgetary constraints and the handheld console’s waning popularity.

Now, new footage of the game has emerged courtesy of YouTube channel PtoPOnline via RedditorMorderax who managed to acquire an early build of the game. PtoPOnline is dedicated to uncovering the prototypes and unreleased gaming titles with the goal of preserving them. The footage was based on two versions of the game that were still in development. First from June 2006 and the other from January 2007. Although Bethesda has removed them from YouTube, you can view the videos via the links posted here or check out GIFs based on them present here.

The videos claims there are more builds of this cancelled PSP game that are yet to be discovered and showed off large areas, a hub world, a working combat system as well as cities and a slew of enemies to kill. It looks good too. What’s remarkable is how developer Climax was able to replicate the core combat and mechanics of The Elder Scrolls IV: Oblivion which was designed for more powerful platforms as well as ensuring its plot was in sync with its events as well.

“The short end of it is that the world wasn’t open world. It used a HUB world, which is one of the areas that you can see in the screenshots. But the idea was that you would be able to travel to different areas from Tamriel that were also seeing Oblivion gates pop up, even Daggerfall was rumoured,” saidNeoGAF forumgoer Borman who runs PtoPOnline in a post.

“You would have figured that it was awful. But it wasn’t. It was really good. It looked good. And sure, it was early, but Ive played many worse cancelled games, and few that were better.”

He goes on to state that the footage was running off a real PSP Go along with some gameplay via an emulator.

With Sony declaring its efforts in the handheld space all but dead, one can only wonder what could have been if an Elder Scrolls game saw a commercial release on the PSP or even PS Vita. Seeing how well Fallout Shelter did for Bethesda, we won’t be surprised to see the company revisit its cancelled projects for a portable variant of The Elder Scrolls in the future.