Home
Lifestyle
TV shows that every car lover should watch

There was a time when sitcoms ruled the airwaves. However, reality TV is king these days, and it is thanks to this format change that car-related TV shows have thrived over the past decade or so.

If you love these types of programs just like Robert Bassam does, be sure to check out the ones listed below…

Unquestionably, the most significant auto-themed show on the airwaves (and for the past 15 years) is Top Gear, and it’s not an accident that this series has stuck around for so long.

Hosted by four charismatic gentlemen that are endlessly enthusiastic about cars, this show has built up a dedicated following that has endured over time.

Known for its unique brand of off-color humor that occasionally gets its hosts into trouble, it is definitely worth watching for anyone that has an inherent love of cars.

Be careful, though, as watching one episode can lead to an entire day lost to binge watching multiple seasons. 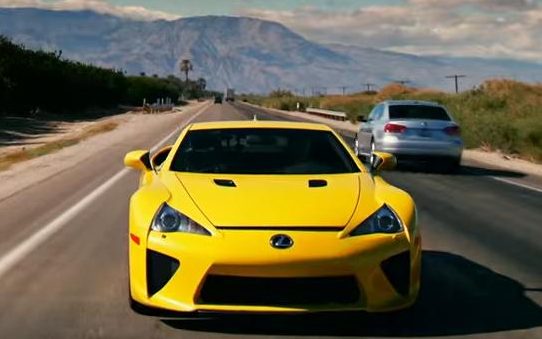 A reality show that began airing on the Discovery Channel in 2012, Fast N’ Loud follows the adventures of Richard Rawlings and Aaron Kaufman as they scour the United States for old beaten down cars that could be restored to their former glory.

In four short seasons, they have garnered enough success to spawn a spin-off show (Misfit Garage) and have become the second best liked show on Facebook behind Duck Dynasty (out of a list of 50 provided by the New York Times in a recent survey).

Although Overhaulin’ has not aired new episodes since 2015, this reality show lives on in syndication. Aired originally on TLC from 2004 to 2008, then on Discovery/Velocity from 2012 to 2015, the premise revolved around an unsuspecting owner of a worn-down antique car.

Their ride ends up getting ‘stolen’ or ‘towed away’ near the beginning of the show, thanks to the cooperation of friends and family.

During the time that it is missing, a pro team of mechanics overhauls the car to near-mint condition, after which it is reunited with its owner. Hilarity and fun ensue.

Airing on the Discovery Channel since 2003 in the United Kingdom, Wheeler Dealers revolves around car enthusiast Mike Brewer and mechanic Edd China taking worn-out cars, refurnishing them within a set budget, and then re-selling it to a new buyer for as high a profit as possible.

This show’s long running success led to the launch of a spin-off show in 2013, as Wheeler Dealers Trading Up saw Mike Brewer head around the world in a bid to flip cars for a profit without refurbishing them. Starting with $3,000, he eventually traded his way up to a Porsche 911 … not bad!

A spin-off show of the uber-popular American reality series Pawn Stars, Counting Cars is based on the day-to-day operations of Count’s Kustoms, an automobile restoration company in Las Vegas.

Owned by Danny Koker, an automobile appraisal expert that has appeared frequently on Pawn Stars, this show showcases how they restore autos and bikes in an attempt to make money.