The debate over genetically modified organisms (GMO) has taken another controversial turn with the US FDA approving farming of a particular kind of genetically engineer salmon. Massachusetts-based AquaBounty claims that its FDA approved AquaAdvantage salmon fish grow faster (twice as fast) and consume 25% less feed than other Atlantic salmon available in the market.

According reports in the American media, United States FDA announced approval of GE AquaBounty salmon last year around November stating that the produce is “safe” for human consumption and is equally nutritious as any other non-genetically engineeredAtlantic salmon. 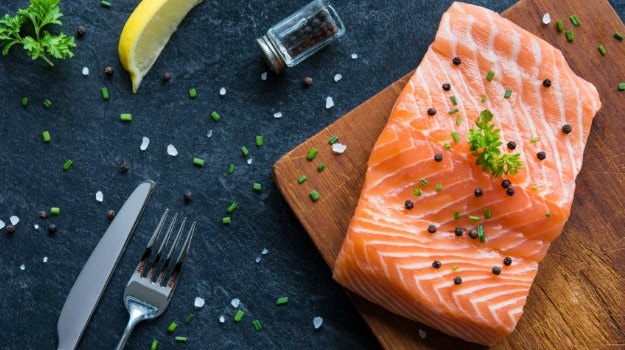 Meanwhile, there have been trails of comments, criticism and opinions directed towards the US food and health regulator’s landmark move. According to environmentalists, critics and some fish farmers, this genetically modified salmon is engineered to outdo and outgrow the traditional Atlantic salmon. If left in the ocean, these can pose a severe threat to the already endangered wild salmon and push them to the verge of extinction. Activists also worry that the move will initiate and can run as a precursor to many other genetically modified and engineer consumable organisms.

At present, a 64-page lawsuit has been filed in the U.S District of the Northern District of California against FDA’s move. The lawsuit states the fact that the US food and drug regulator violated the federal law by taking an independent action on the matter without concerning the relevant wildlife agencies. The plaintiffs include environmental groups and organisations like The Center for Food Safety, Pacific Coast Federation of Fishermen’s Associations, Food and Water Watch, Friends of the Earth, Institute for Fisheries Resources, Golden Gate Salmon Association, Friends of Merrymeeting Bay and others.

As reported by Reuters, AquaBounty Chief Executive Ron Stotish has claimed that the US FDA was “extraordinarily thorough and transparent in the review and approval of our application,” and the company stands confident of the quality of its genetically engineered salmon.

However, the agency has declined to comment on the lawsuit so far. Interestingly, according to a Reuters report, the US FDA was in perusal of reviewing the GE salmon approval since close to twenty years and gave it a green signal only a few months back. This also makes it the first ever for a GMO in America so far.