They’ve been popularized in movies, television and video games, but giant fighting robots still haven’t left the realm of science fiction. That will soon change.

Megabots Inc., an Oakland, California-based startup, has built a 15-foot mechanical gladiator called the Mark II and challenged a Japanese firm to an international battle for robot supremacy.

Tokyo-based Suidobashi Heavy Industries, maker of the 13-foot Kuratas, accepted the challenge, setting the stage for the first giant robot battle of its kind next year. The exact date and location are yet to be determined. 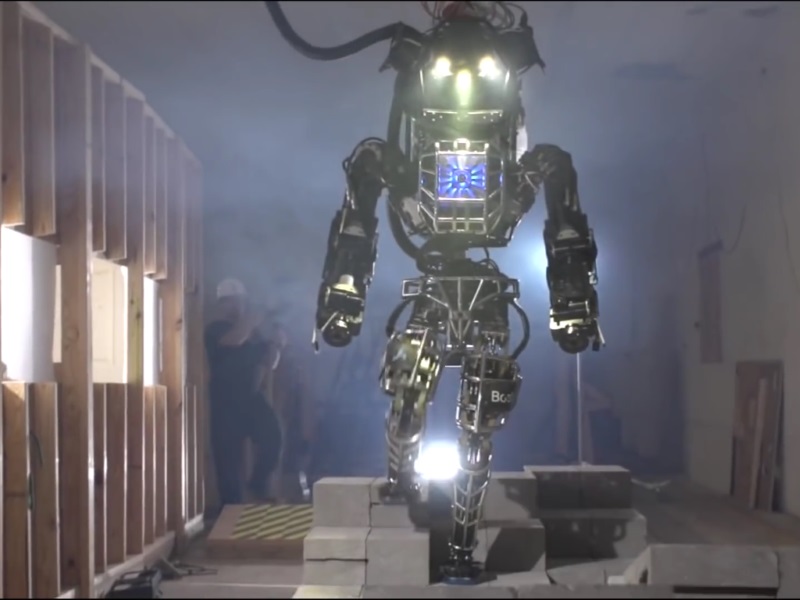 Win or lose, it’s all part of Megabots’ plan by to make gladiator-style robot combat into big-time entertainment – a mix between Ultimate Fighting Championship and Formula One auto racing – while developing new industrial technologies and inspiring a new generation of engineers.

The Megabots founders envision a sports league where teams from around the world build huge humanoid robots that throw each other down in stadiums filled with screaming fans.

Megabots was launched in 2014 by Oehrlein, Gui Cavalcanti and Brinkley Warren, who grew up playing video games like “MechWarrior” and “BattleTech,” and wanted to fulfill their dreams of watching massive machines fight.

“We want to bring the giant robots from science fiction and movies and video games to life because now we have the technology,” said Cavalcanti, a robotics engineer. “It’s really about: How do we put on the best show? How do we make the coolest fight?”

The Megabots robot isn’t quite ready to take on Kuratas, a more polished fighting machine with a big, agile hand that mimics the movements of the pilot’s hand.

“Our current robot, the Mark II, looks pretty intimidating,” Oehrlein said. “The truth is, it’s pretty slow. It’s top-heavy. It’s rusty, and it needs a set of armor upgrades to be able to compete in hand-to-hand combat,”

That’s why Megabots launched an online Kickstarter campaign and raised more than $550,000 (roughly Rs. 3.6 crores) from robot fans to turn the Mark II into a real fighting machine – faster, tougher, more balanced and equipped with detachable weapons such as a giant chain saw or punching fist.

The startup has enlisted the help of engineers from Nasa, software maker Autodesk, the TV shows “Mythbusters” and “BattleBots.”

“We’re absolutely confident that Team USA can beat Japan. We’ve assembled the best of the best of this country. We’re not going to let our country down,” Calvalcanti said.

Robot enthusiasts like Gordon Kirkwood are eagerly anticipating the fight.

“I think it’s going to be a smash hit,” said Kirkwood, a robotics engineer in San Francisco. “This has the potential to be a fantastic spectator sport that people would really pay good money to see.”