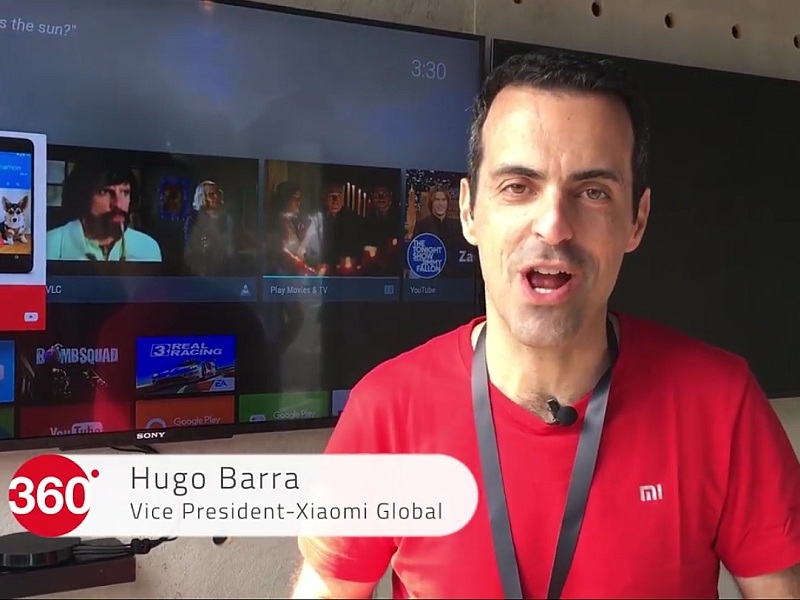 Gadgets 360 had the chance to speak with Xiaomi Global Vice President Hugo Barra at Google I/O 2016this week, where he demonstrated the new Mi Box set-top box the company had launched at the developer conference, powered by Android TV.

Xiaomi had announced its Mi Box would launch “soon” in the US, but did not detail a price. It is of course not the first time the company has made an Android-powered set-top box that’s been branded Mi Box.

What’s special about the new Mi Box is that it runs Android TV (v6.0) and not MIUI TV, and can also stream 4K video at 60 frames per second. It supports the HDR10 and HDMI 2.0a specifications, as well as Dolby Digital Plus and DTS Surround Sound.

The Mi Box is powered by a quad-core ARM Cortex-A53 CPU that’s coupled with a Mali 450 GPU and 2GB of RAM. It bears 8GB of built-in storage which can be expanded via USB. It also comes with a Bluetooth enabled remote control that supports voice search, and it will also be compatible with the Mi Game controller.

Based on Android TV, it will be able to run a wide variety of optimised and regular apps via the Google Play store, and also come with streaming apps such as Sling TV, Pandora, Vudu, and more.

At Google I/O, Xiaomi’s Hugo Barra also spoke to Gadgets 360 about the high demand for the Redmi Note 3 and Mi 5 smartphones in India. He said Xiaomi was looking to boost production of both smartphones for the Indian market, and revealed the Mi 5’s Black colour variant will be arriving soon to India, alongside other SKUs.